Posted on Sunday 4 December 2016 by Gareth Prior

As the build-up to Christmas continues Manchester Metrolink have put up their Christmas decorations with a number of trams being seen with window vinyls in place. Mainly consisting of snowflakes the trams which have been decorated also have Santa and Rudolph on the side trying to persuade you that a Metrolink Travelcard is the way to travel this festive season!

Other news from the Metrolink fleet concerns 3091 which has now lost its Team GB and Paralympic GB celebration livery and is in the standard fleet livery whilst 3116 has been out of service since August following reports of rough riding. It is now believed to be inside the workshop at Queens Road Depot receiving attention. 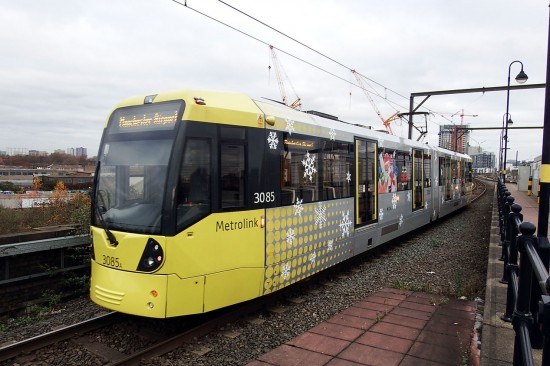 3085 at Cornbrook with its Christmas vinyls in evidence. 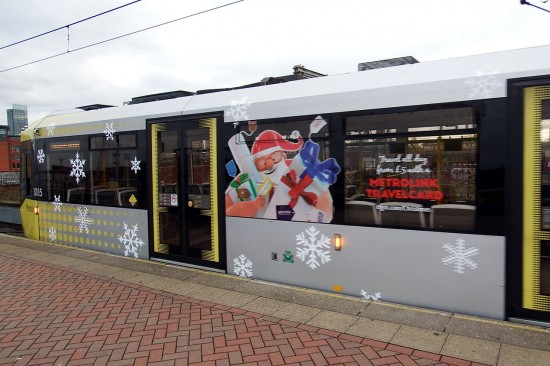 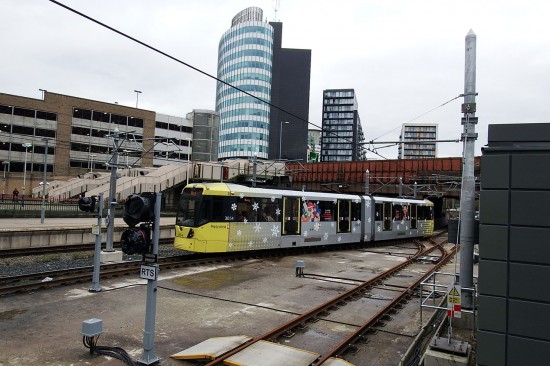 3054 at Victoria. (All Photographs by Steve Kemp)