Posted on Thursday 22 September 2016 by Gareth Prior

Back in August we reported on a new advert livery for Turkish Airlines on London Tramlink 2537 and now we can show you an image of this latest vinyl wrap livery. Over the past few years the application of advert liveries has been a controversial one with the use of contravision over the windows but this latest livery proves that it isn’t necessary as there isn’t a single piece of contravision! Retaining its standard livery on each end the tram features images of Turkey on the body. 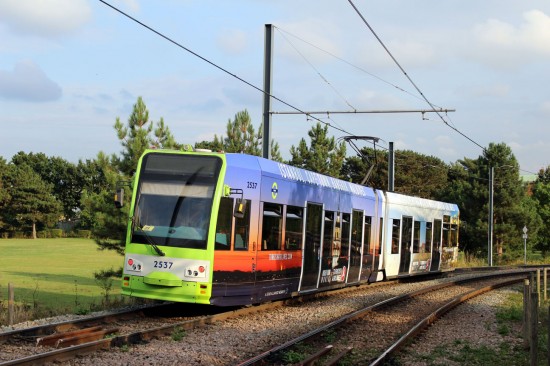 2537 heads away from the camera at Arena whilst working from Beckenham Junction to West Croydon on 20th September. (Photograph by Gareth Prior)