Posted on Sunday 22 May 2016 by Andrew Waddington

As well as being the first horse tram operating day of 2016, Saturday 21st April also witnessed the arrival of the National Tramway Museum’s latest acquisition – another horse tram, this time one hailing from London. The unrestored car was transported from Newton to Crich on this day where it will be subjected to a full condition survey to assess its potential future role in the collection.

The North Metropolitan horse car was discovered in a field in Newton a few years ago and the Tramway Museum Society and the London County Council Tramways Trust have been keeping an eye on it ever since – so when the opportunity to acquire the tram arose, this was eagerly pursued and arrangements made for it to be moved to Derbyshire. The tram is in a very dilapidated state, having stood outside for more than a century, but much of its original coloured glass survives and unusually for a derelict tram body, it still stands on its wheels. Initial investigate work suggests that the roof, running gear and possibly one body side frame would be re-useable in any future reconstruction project.

Believed to have sat idle in this field since 1906, the remains of the tram are in a very delicate condition and had to be carefully placed on a low loader with a sling inserted to support the weak wooden body frame, and it was also sheeted over to protect it for the duration of its long road journey. Once at the museum, the tram was unloaded in the depot yard and then pushed into the workshop extension where it will be fully examined and assessed, which will hopefully provide a greater insight into its past. First though, the opportunity was taken to pose the new arrival with Joseph the shire horse, who was at the museum hauling Sheffield 15 that day by a happy coincidence! Incidentally, this is believed to be the first time that this tram has moved on rails for over a century!

It remains to be seen what the future has in store for this car as a similar London horse tram body was deconstructed a few years ago. One possibility is to combine it with the retained parts of that other body, using the best bits of both, and possibly even using components salvaged from other similar cars, to create a fully restored double-deck horse tram. For now though, having such a remarkable survivor housed safely under cover is a very positive move and hopefully will mark the beginning of an upturn in its fortunes. 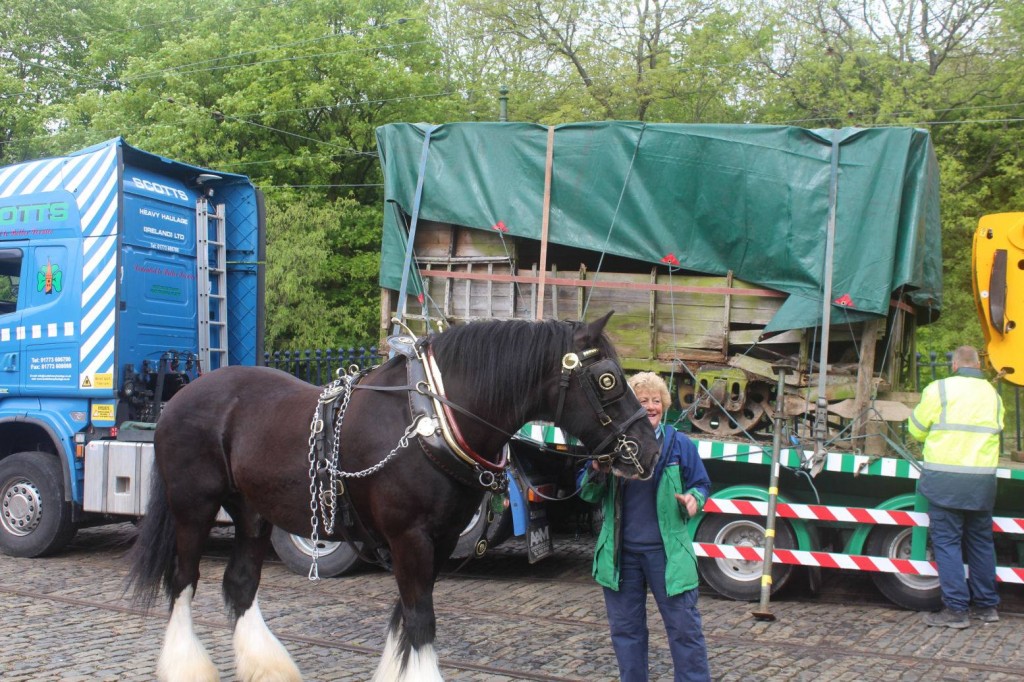 The latest addition to the Crich horse tram fleet is inspected by Joseph, who is probably quite relieved that he won't have to pull it! 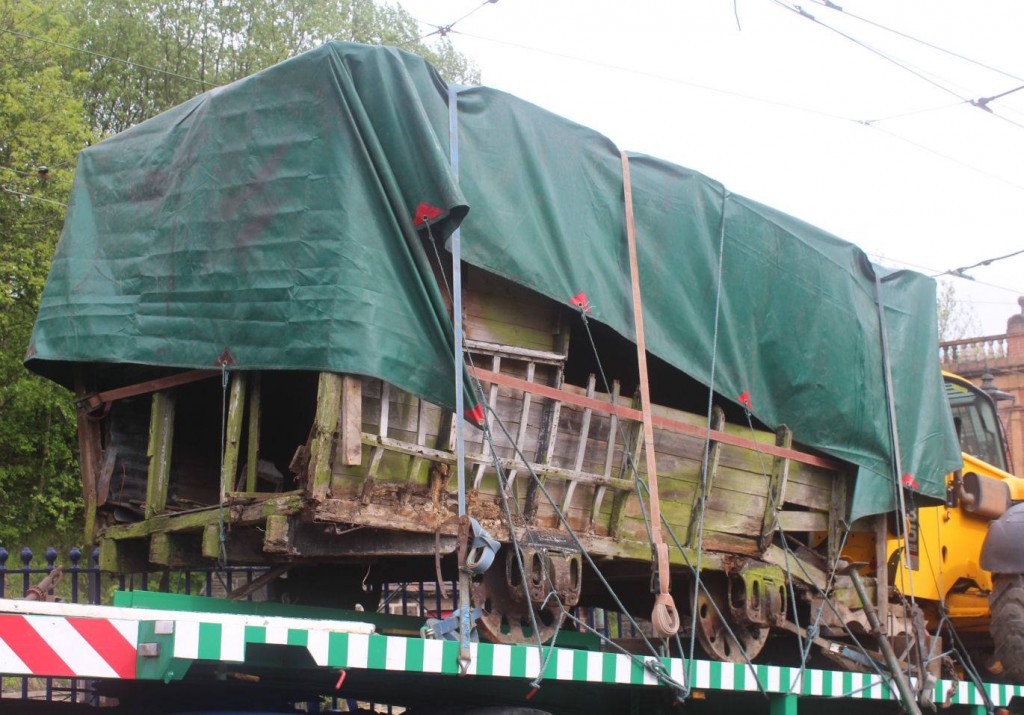 A view of the London horse tram about to be unloaded outside the Crich workshop on 21st May. (Photos x2 by Peter Whiteley)

2 Responses to Another horse tram joins the Crich fleet