With the first stage of the Midland Metro Birmingham City Centre extension as far as Bull Street having opened in December attention and anticipation has now turned towards the remainder of the line through to New Street Station. Construction works are continuing on both the tracks, overhead and stops with the latest word from Centro and Midland Metro being that the line will open to New Street in the “Spring”. This picture special shows the current state of play in the construction works as at Saturday 23rd January with photos provided by Ken Jones. 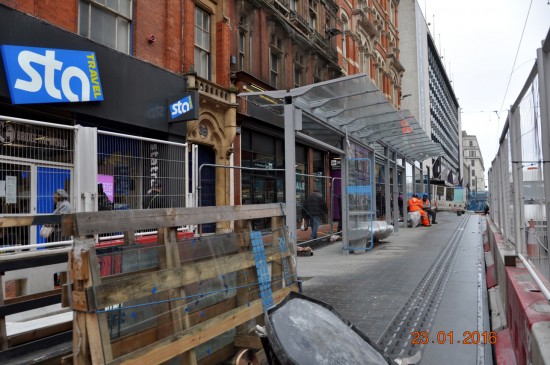 This is the stop under construction at Corporation Street, one of three further stops due to be opened on the extension. 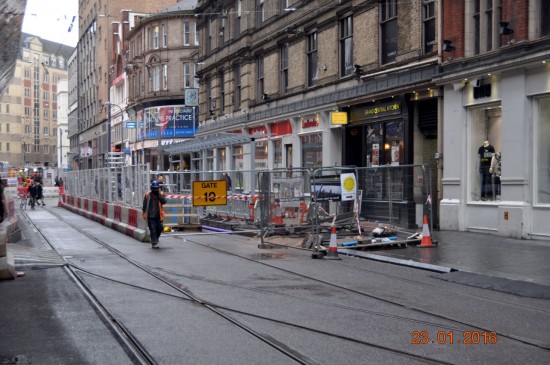 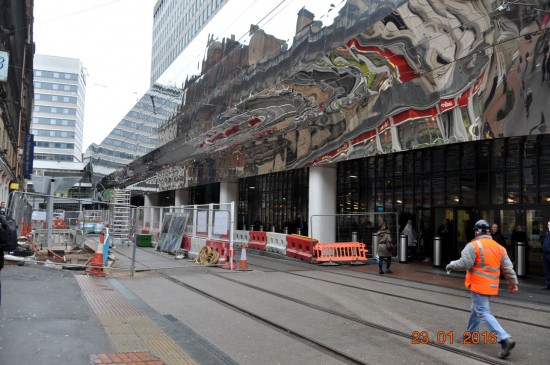 Another view of Stephenson Street, this time looking in the other direction with the stop under construction. 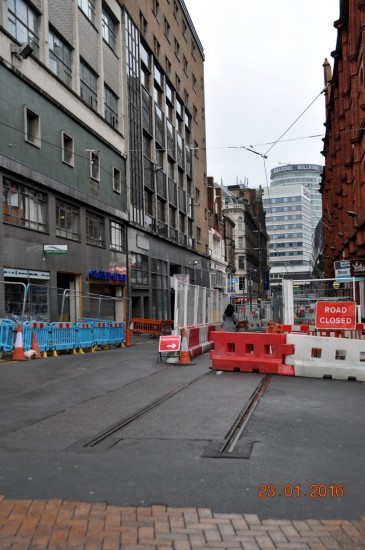 The end of the line! This is the junction with Pinfold Street where the tracks end...for now. (All Photographs by Ken Jones)