End of the line for Grimsby & Immingham 26

As we look forward to the imminent return to service of Sheffield 264 at Beamish Museum, Grimsby & Immingham 26 has now been temporarily withdrawn from service for a much-delayed overhaul. This will see the tram restored to its more familiar guise as Gateshead 10 in maroon and cream livery, replacing the dark green garb it has worn since summer 2012.

Initially it had been planned that the Grimsby & Immingham livery would only last for a few months, but other more pressing demands on workshop capacity meant that it would be retained for considerably longer than expected. Worn tyres meant that its use was restricted for the last two years, although it did enjoy a bit of a resurgence following the unexpected withdrawal of Blackpool Balloon 703. However, with the completion of major work on Sheffield 264 at last in sight and 26 becoming in increasingly desperate need for attention, the tram was withdrawn in the new year. Although this leaves the museum with just two fully enclosed trams in a serviceable condition – Sunderland 16 and Oporto 196 – this is the quietest time of year for the attraction so this shouldn’t be a problem. Various components are already being removed from the car and its wheelsets will be sent to the Ffestiniog Railway in Wales next month to be worked on. Replacement tyres have been on order for a while and at Beamish, body work will be undertaken before the aforementioned repaint into Gateshead colours can proceed.

Meanwhile, painting of Sheffield 264 is getting serious with multiple coats being applied to the body panels. Although some further body work remains to be completed, all electrical work has been finished and satisfactorily tested, indicating that it shouldn’t be too long before this beautiful tram is carrying passengers again. 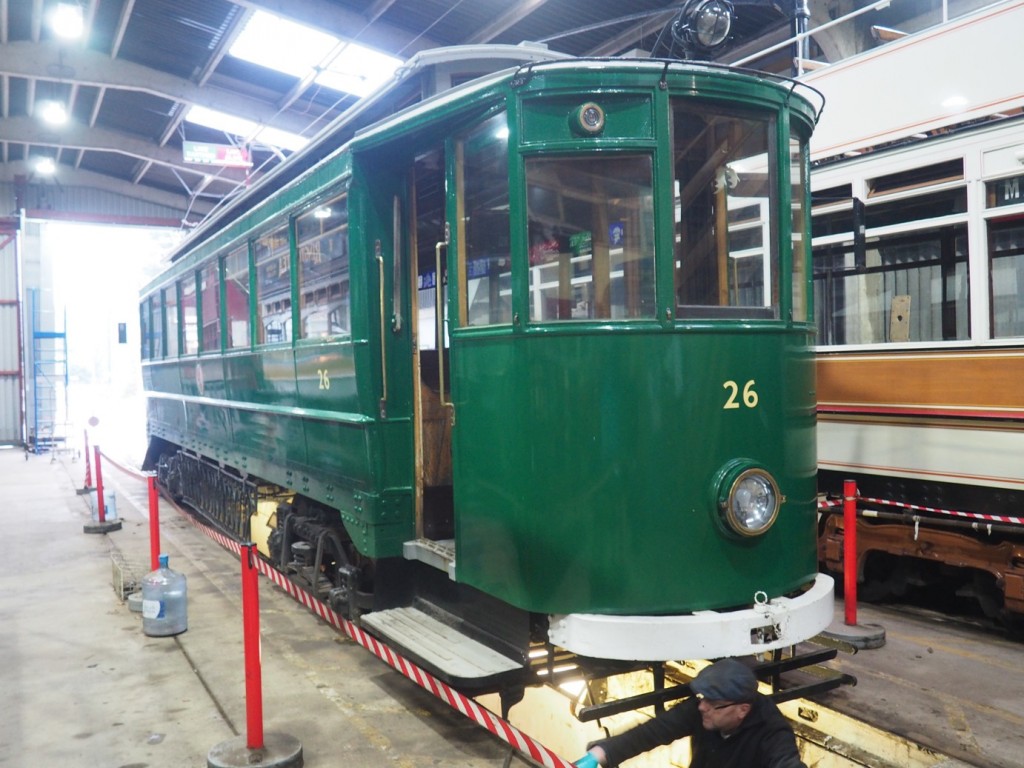 Grimsby & Immingham 26 seen standing over the pit in the Beamish tram depot as various parts are removed in preparation for the expected overhaul to get underway in the weeks ahead. (Photo courtesy of Beamish Transport & Industry Blog)

9 Responses to End of the line for Grimsby & Immingham 26