The hugely anticipated public launch of London United Tramways 159 at Crich Tramway Village is fast approaching, and in readiness for this some final touches are being made which will ensure that this magnificent tram is looking its best for its weekend in the limelight. 159 has already clocked up a good test mileage this year and although a few problems have been experienced, as is usually the case with an essentially ‘new’ tram, it had generally run very well.

Late jobs have included the completion of the destination boxes which have now been fitted out; many test runs had been undertaken with incomplete boxes in place and no destination blinds fitted. The external finish has also been enhanced with a final coat of varnish being applied during the last few days. LUT 159 looks absolutely superb and its launch on Saturday 7th July is sure to prove popular, as the car has been completely rebuilt over the past seven years and has never carried passengers at Crich before, having arrived as a derelict shell.

Further interest will be created on Sunday 8th July when a further event will take place to commemorate sixty years since the closure of the London tram system. As well as 159, fellow Londoners MET 331 and London Transport 1622 should be in service, with the modern works vehicle Croydon 058 scheduled to appear on demonstration runs and LCC 106 also expected to join in with the day’s activities by making an appearance outside the depot. Special ‘Last Tram Week’ banners have been prepared for fitting to 1622 to mark this occasion, and as the most typical traditional London tram at Crich this car should play a key role at the event which will feature a re-enactment closure. It is understood that trams from other systems which survived post-1952 will maintain the service towards the end of the day, after London has ‘closed’. This is shaping up to be a potentially interesting event and hopefully the London-themed weekend will be blessed with better weather than the launch of Blackpool Boat car 233! 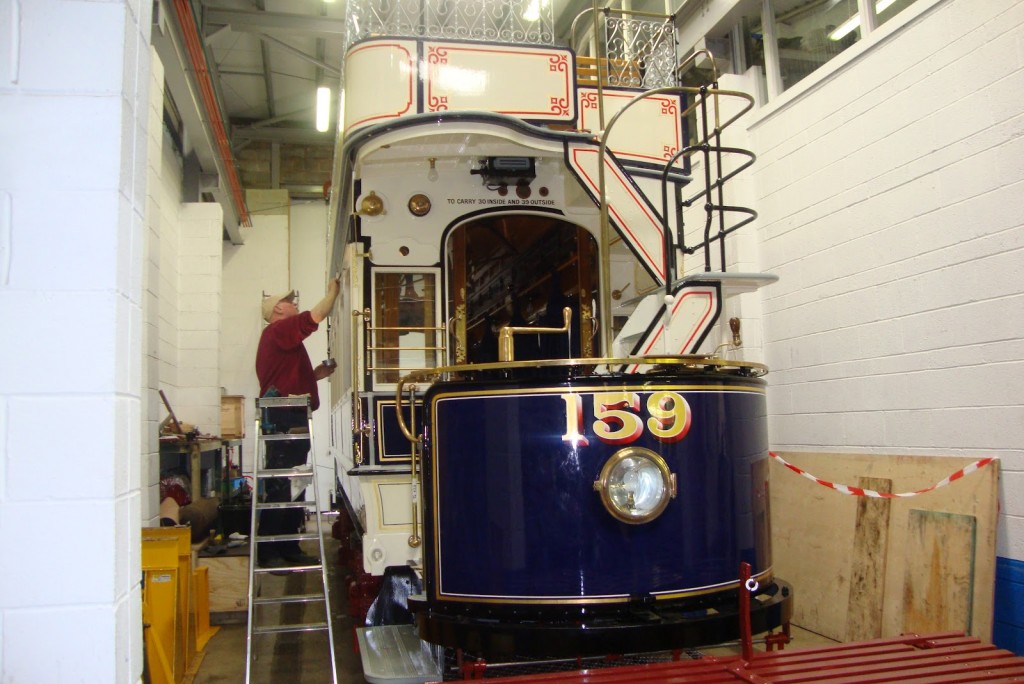 1 Response to Finishing touches for LUT 159