Beamish, the Living Museum of the North, have announced details of an appeal for donations from members of the public to help return one of their resident trams to an appearance in which it has not operated for over five decades. The tram in question is Gateshead 10, and as previously reported, it is proposed to repaint the car in green as Grimsby & Immingham 26 as the star attraction of the next major transport event at Beamish.

Having run almost every year since the museum tramway opened in 1973, Gateshead 10 is now looking in need of some attention and is now scheduled to pass through the works for a repaint and overhaul. This provides the perfect opportunity to recreate the tram’s final identity in its green British Rail livery, as like sister car 5 (now preserved at Crich) the tram was sold for further service on the interurban system linking the towns of Grimsby and Immingham, remaining there until the line closed in 1961. Since being restored for operation back in the North East, 10 has always carried its original maroon and cream livery but will hopefully ‘go green’ in time for this year’s Power from the Past event, which is held from 30th August to 2nd September inclusive. This should include an appearance for a special evening photo shoot on Saturday 1st September. The transformation would also include the removal of its side roof advertising boards. The tram would then operate in green livery for several months before further workshop attention and repainting back into Gateshead colours to restore its local identity in time for next year’s 40th anniversary of the Beamish tramway.

Having previously supported the repainting of Blackpool ‘Boat’ 233 at Beamish, British Trams Online is naturally keen to encourage this excellent and innovative museum to invest in projects involving its tram collection, and readers are encouraged to support the museum’s appeal for funds. Unlike some preservation groups, Beamish do not expect to raise all of the money required to finance the project, but obviously whatever money can be raised will avoid cash being taken away from their funds which can then potentially be saved up for other projects, with a target figure of £2,500 being set. So, if you want to see a Gateshead tram in Grimsby green livery operating at Beamish later in the year, please head over to http://beamishtransport.blogspot.co.uk/2012/06/gateshead-tram-10-to-regain-its-british.html and don’t forget that any contributions, large or small, will be very much appreciated. 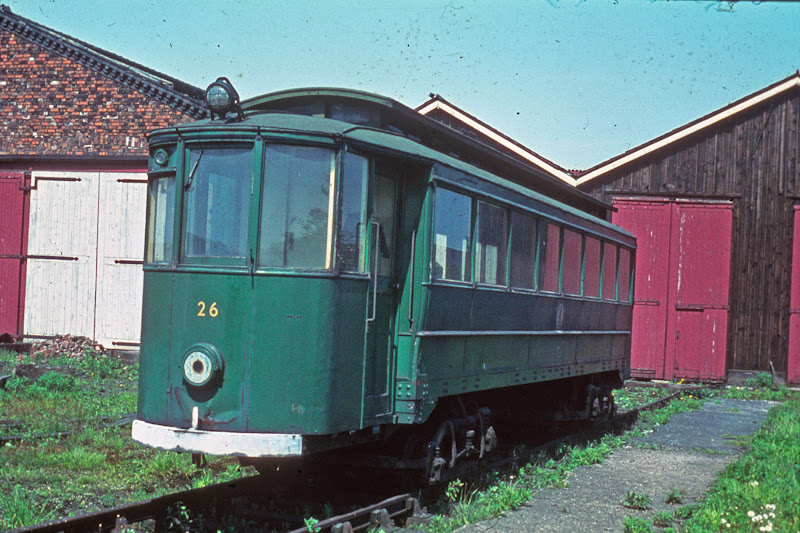 Seen at Clay Cross - where it was stored following the closure of the Grimsby & Immingham line and before heading to Beamish - Gateshead 10 shows the livery in which it will hopefully be repainted this summer, if the newly launched appeal is a success. (Photo courtesy of the Beamish Museum Archives)