Posted on Wednesday 13 May 2015 by Andrew Waddington

Ahead of construction work for the branch line off the promenade to North Station, expected to be started in 2017, thoughts are now beginning to turn towards the expanding of the Blackpool tram fleet. It is understood that Blackpool Transport are keen to purchase two more Flexity trams in order to cope with the anticipated requirement for additional rolling stock to operate the core service when the short extension opens.

It is not yet known whether all service trams will divert from the promenade to serve the town’s main railway station, or if alternate cars will run there – but whichever option is ultimately chosen, the number of trams required for service on a daily basis is likely to increase. Early talks have suggested that the operator would like to add two extra Flexities to the fleet, with the possibility of more to follow if required; presumably this would depend on the affect of an extension on passenger numbers, as well as whether any more extensions are built in the years ahead. The most likely option would be to tag this order on to another system’s order from Bombardier in order to keep production costs down, and so the timescale involved is likely to be a decision based on convenience more than anything else.

Blackpool Transport’s Managing Director Jane Cole has already shown her willingness to utilise the under-valued ‘B Fleet’ of modified Balloon cars for normal passenger service, albeit only on rare occasions. It is therefore tempting to wonder if these trams may have a greater role to play in the future when the North Station line eventually opens. Even if the main service is operated solely by the LRT trams, the rebuilt Balloons could be used to provide some welcome extra capacity along the busiest section of tramway at peak times – indeed, this was the original intended role of these cars when they were converted to be suitable for use on the upgraded tramway.

The future of Blackpool’s tramway is certainly looking very bright and it is remarkable to think that not so long ago it was in serious decline, and indeed a few years ago it was widely feared that the upgrade would turn out to be an expensive white elephant project. To see Blackpool Transport even considering buying more new trams, after many had predicted that the initial order for sixteen Flexities was far more than would be necessary, is very pleasing indeed for supporters of the tramway and hopefully these plans will become a reality before too long. 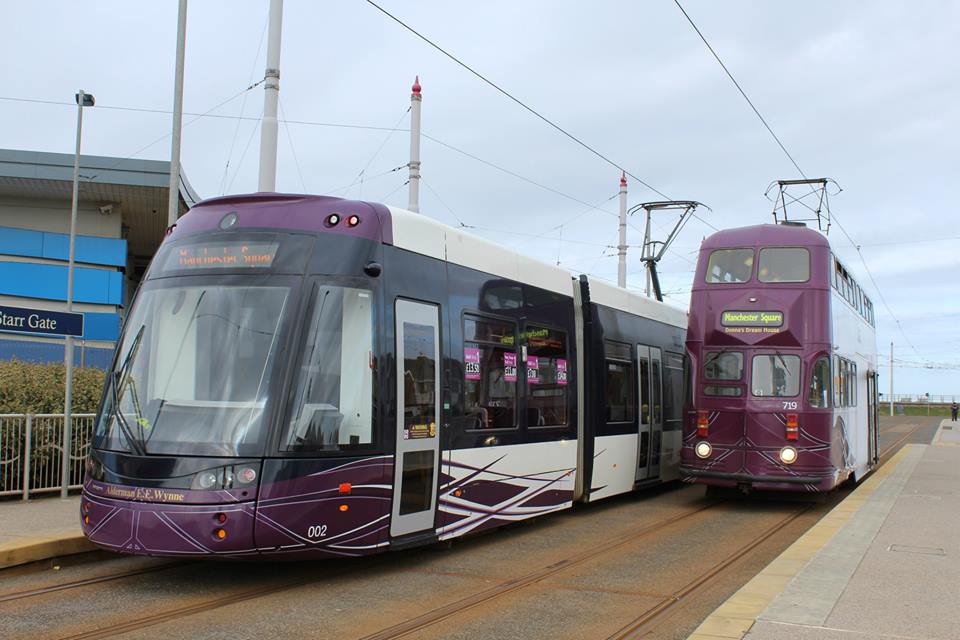 Examples of both A & B Fleets seen at Starr Gate, with Flexity 002 meeting Balloon car 719. Both types of tram could well benefit from the new North Station branch and any further extensions to their tramway, especially with such progressive management in place. (Photo by Bradley Jones)

15 Responses to Blackpool seeking to expand the tram fleet?