Posted on Thursday 2 April 2015 by Gareth Prior

It is time once again for our weekly round-up of just when and where you can go for a ride on a heritage tram. This week sees Blackpool, Crich, the East Anglia Transport Museum and the Manx Electric Railway enjoy their first special events of the year whilst you can also enjoy rides at Beamish, Birkenhead, the Great Orme Tramway, Heaton Park, Seaton, Snaefell Mountain Railway and Summerlee.

Timetable in operation: Trams depart Taylor Street every half hour between 1250 and 1620 returning from Woodside between 1305 and 1635 using 1 tram. On Easter Sunday (5th April) & Easter Monday (6th April) a 2 tram service will be in operation running every 15 minutes between the same times.

For details of trams scheduled to run during the Easter weekend please see http://www.britishtramsonline.co.uk/news/?p=10849.

Open: Daily until Thursday 9th April and then Sundays and Wednesdays until Sunday 24th May. Also open Monday 4th May and Saturday 16th May. Opening hours 1200 until 1630. 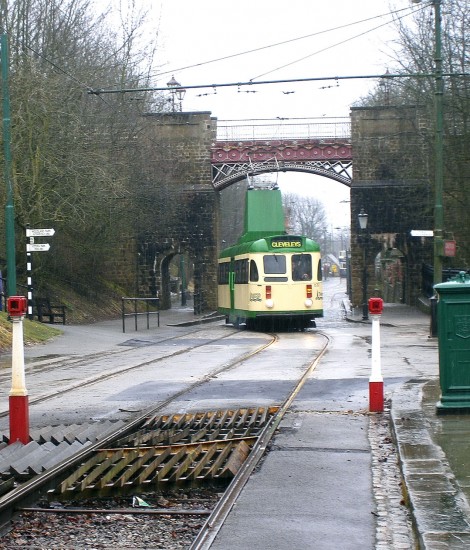 Blackpool Brush 630 at Bowes Lyon Bridge on the first day of the 2015 season at Crich. (Photo by Hazel Quarmby)