Some five years after it was acquired for preservation by the Manchester Transport Museum Society, Blackpool Ex-Towing car 680 finally arrived in Manchester for the very first time late on the night of 23rd March. This follows a highly successful operating loan period at Beamish Museum, but now the tram is ready to settle down into service at its new permanent home, the Heaton Park Tramway.

Despite the event weekend of 7th & 8th March being billed as a farewell for 680 at Beamish, the tram is believed to have run in service again the following weekend before being prepared for its road journey to Manchester, which saw the roof gantry and lifeguards detached. The tram was then moved on Monday 23rd March, arriving at Heaton Park long after darkness had fallen – meaning that a volunteer had to come in specially to open the park gates so that the precious cargo could be delivered safely! In its plain cream livery, 680 may have looked like a ghost in the dead of night, but the following morning confirmed that it was very real and that the latest addition to the Heaton Park tram fleet had finally arrived.

In thick fog, the tram was unloaded during the early hours of Tuesday 24th March with some assistance from Manchester 765. No time was wasted in re-fitting its gantry and then a trolley pole which had been prepared ahead of its arrival was added on top, allowing 680 to make its first tentative moves on Manchester tracks and travel under power to Lakeside Depot – its new home! Some minor adjustments will be needed but the tram is now effectively ready to commence a period of test running and crew familiarisation. The car is expected to be available for inspection at the Spring Gala on Sunday 29th March, but its passenger service debut will have to wait until 26th April when a special mini-Blackpool event is planned to welcome the new arrival into service. 680 should retain its current cream livery, as 280, for a couple of years before it receives the 1990s style green and cream livery complete with black window surrounds, which will ensure it retains some novelty value for a while yet. Welcome to Heaton Park 680 and enjoy your active retirement! 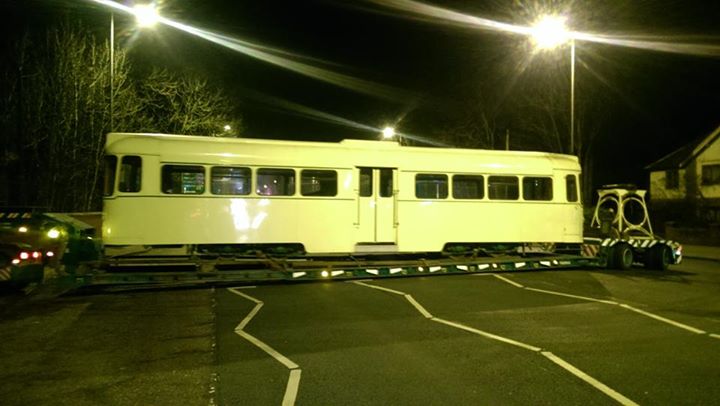 A historic scene as the lorry carrying Blackpool 680 turns off Middleton Road and into Heaton Park, bringing 680 to its new home for the first time at 23:30 on March 23rd. (Photo courtesy of the Heaton Park Tramway Facebook page) 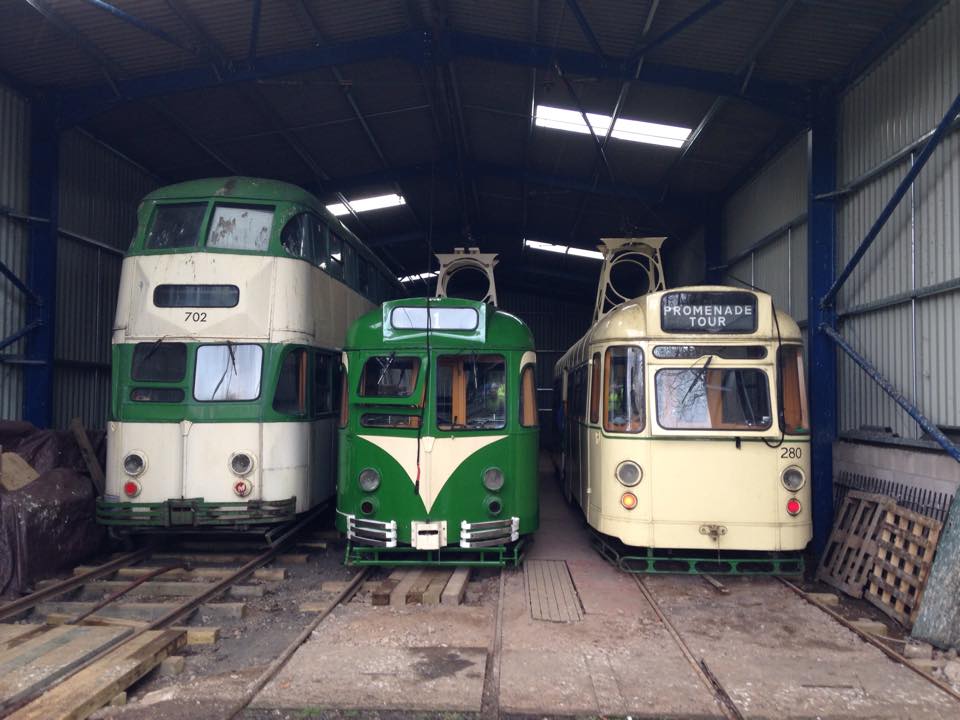 A mouthwatering line-up of Blackpool trams not seen together for a number of years, as Balloon 702, Brush 623 & Ex-Towing car 680 are reunited in the Lakeside Depot following a shunting exercise on 24th March. (Photo by Martin Strickland)