In Pictures: Crich make preparations for start of operating season

There have been signs of life in the Derbyshire countryside over the past few days as final preparations are made at the Crich Tramway Village for the start of their 2015 operating season (which will be on Saturday 28th March). Over the winter we have reported on the track relaying on the interlaced track through the Bowes Lyon Bridge and the subsequent relaying on the granite setts but with this work now nearing completion the trams have started to come out to play!

On Thursday 19th March the first tram to move out of the depot yard was Cardiff 131 but rather than the tram going out for a jolly it was to be used for its main purpose – track scrubbing. The water car has of course been used for this very same purpose in Blackpool during 2011 – as well as regularly at Crich since its restoration – so is no stranger to this kind of work and having achieved its purpose the tram returned to depot.

Then on Friday 20th March it was the turn of Blackpool 167 and Leeds 345 to make a move onto the mainline as they were tested as part of the commissioning process for the 2015 operational fleet.

Away from the actual tramway the new look bookshop – now renamed The Forge – has been completed and stock is starting to be returned to the shelves ahead of the opening of the Museum. Although this is possibly not as exciting as the tram movements to readers of this website it should be remembered that all of heritage tramways in the UK the shop is vitally important to raise much needed money and a fresh and bright look in this shop will hopefully help with that. 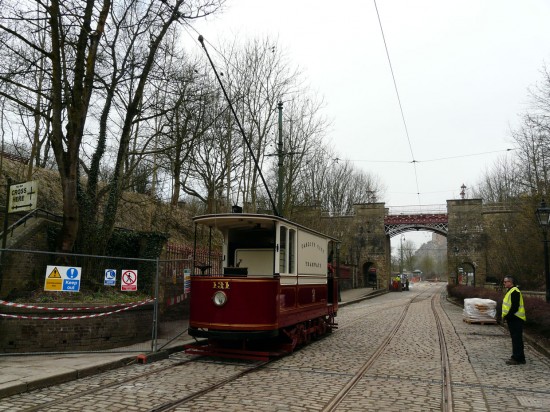 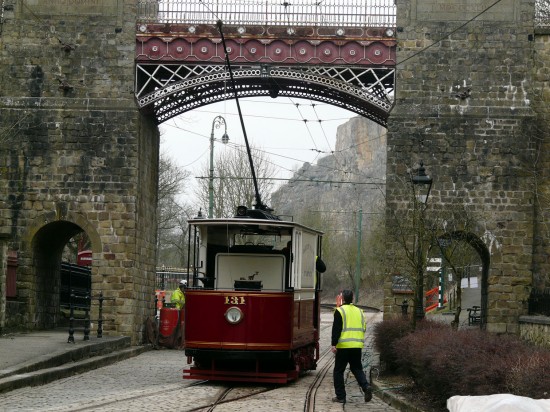 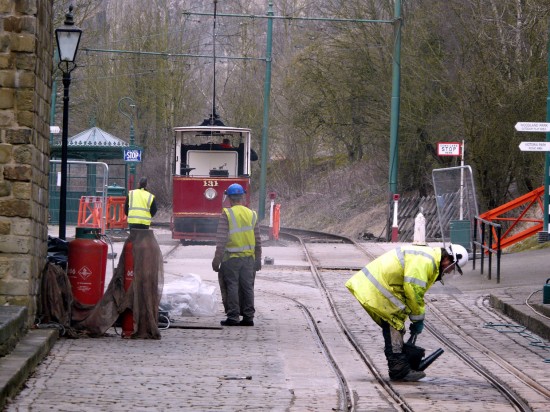 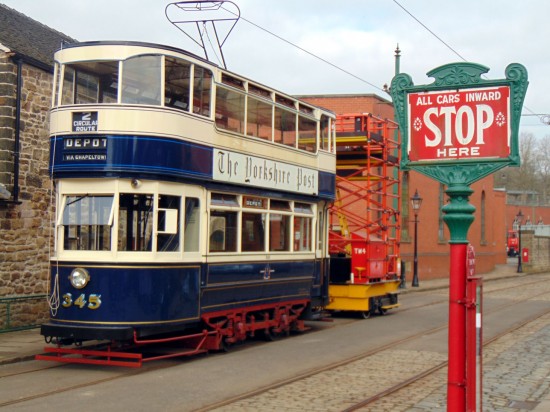 On 20th March and Leeds 345 is seen with the Tower Wagon TW4 at Stephenson Place.

This time last year Blackpool 167 was on its travels at Beamish but this year it is remaining firmly at home and is seen here at Town End during commissioning on 20th March. (All Photos courtesy of Crich Tramway Village)