Posted on Friday 6 February 2015 by Gareth Prior

Blackpool Brush Railcoach 295 is the latest subject of our trip down memory lane as we take a “Picture in Time” from 1967.

295 – now better known as 632 and part of the heritage fleet in Blackpool, although it currently remains unserviceable following its period of outside storage – is seen at the Starr Gate terminus during 1967 showing off the half green/half cream livery style that was prevalent at the time.

295 was built by Brush, Loughborough in 1937, entering service during August of that year. When this photo was taken it had just one more year as no. 295 as in 1968 there was he mass renumbering of the Blackpool tram fleet when the tram became no. 632. It lost the twin indicators seen here in 1975 and continued in service until the great mothballing of 2004. It was acquired by the Lancastrian Transport Trust and after a repaint it returned to service during 2010. 632 operated throughout the final two seasons of the traditional Blackpool Tramway, even seeing use on the very last evening. That remains the last time that the tram operated but it does now have a secure future and will one day return to service as part of the Blackpool Heritage fleet.

* “Picture in Time” will now be a three times a week series thanks to the support of several British Trams Online readers. One day a week we will be making the trip to the north west coast for images from Blackpool, the second feature each week will show an image from one of the UK’s other traditional tramways and we will also be showing some images from the more modern tramways and light rails systems in the UK (although by their nature they won’t be that old!) 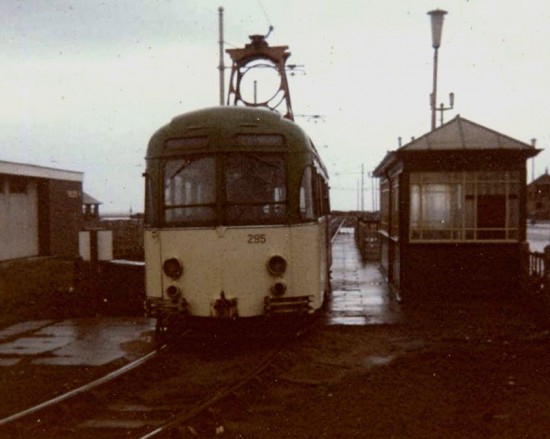