Posted on Saturday 10 January 2015 by Gareth Prior

A small selection of photos taken of trams on the Wimbledon branch of London Tramlink at the start of January 2015. We see trams at both ends of the branch – just before Wimbledon station and also just as the track changes from reserved railway style running to on street operation. Photos courtesy of Tony Sullivan. 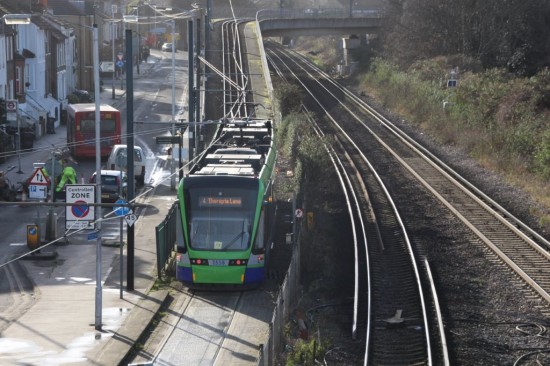 2558 is seen here about to climb the flyover crossing the West Croydon to Sutton railway line with a route 4 service to Therapia Lane. 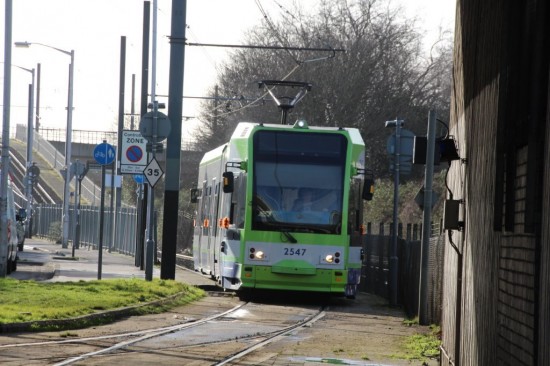 2547 has just dropped down from the flyover and is about to run under the Roman Way flyover as it runs on route 3 from Wimbledon to New Addington. 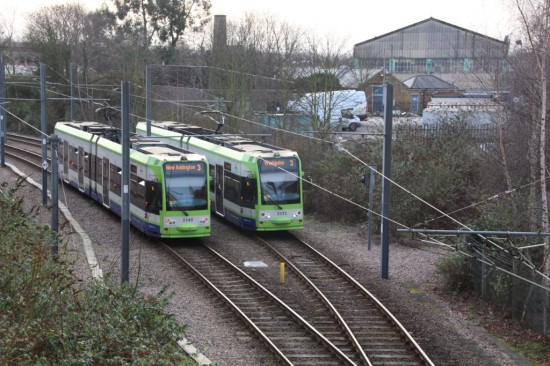 2549 has just departed Wimbledon with a service all the way to New Addington as 2532 waits to enter the station. (All Photos: Tony Sullivan, 9th January 2015)