It’s that time of the week again when we provide a round-up of when and where you can ride on heritage trams in the UK and Isle of Man. Just another normal week on our heritage tramways this week with the next big event being a birthday celebration for Manchester 765 at Heaton Park on Sunday 6th July. 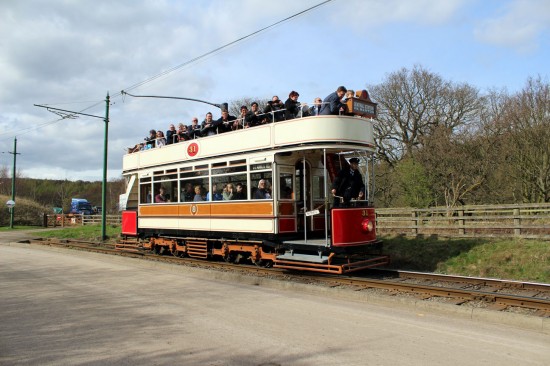 Blackpool "Marton Box 31" does what it does best, carrying full loads at Beamish. It is seen having just left the town on 11th April 2014. (Photo: Gareth Prior)