Monday 22nd July 2013 was a landmark day for the Manchester Transport Museum Society, as a major landmark in the project to build a second tram depot at the Heaton Park Tramway was reached. On this day, the first of the steel frames which will form the basis of the new Lakeside Depot were delivered and placed in position.

After a brief lull in the proceedings in order to allow the recently laid concrete enough time to set properly, the worksite near to the park’s boating lake was a hive of activity on July 22nd. The contractors arrived on site at approximately 8:00am to commence the task of erecting the large blue steel frames for the new building, which were delivered to the site on the back of a wagon. In spite of some delays to progress caused by a nearby filming session for ITV’s Coronation Street, by the end of the day all of the steel support frames were in place, giving the clearest indication yet of the site for the new depot. The roof supports were also being laid out on the ground in preparation for putting in place, and the basis of the depot doors were also on site, ready and waiting to be installed.

No firm timescale has been confirmed for the completion of this exciting project, although it is expected that by the end of the summer, the depot structure will be finished. Then, volunteers can begin the task of laying rails and stringing up overhead wires and traction poles to enable the new depot to welcome its first ever residents later in the year. 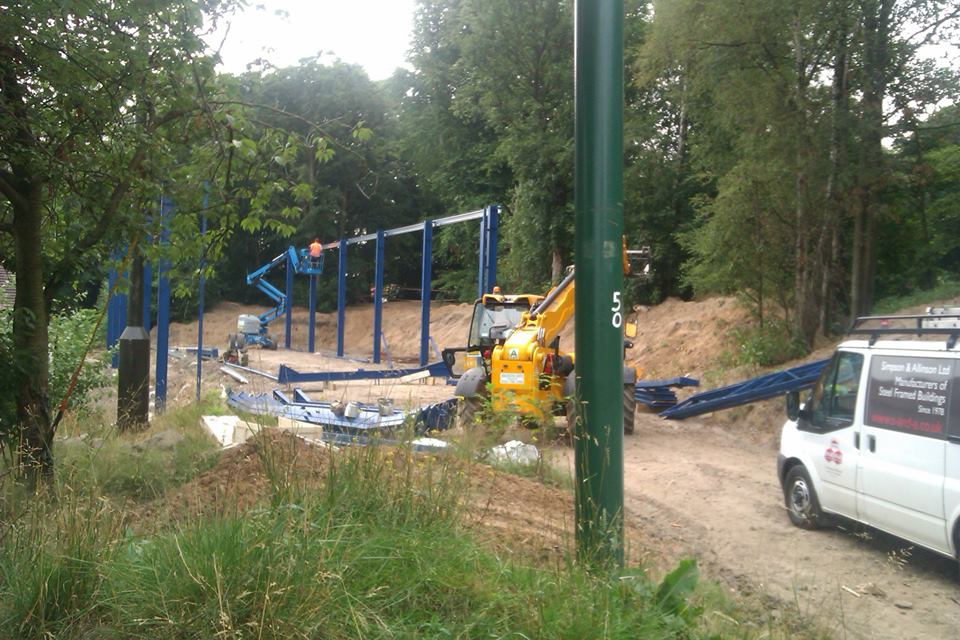