We return to the Gateshead Garden Festival for today’s instalment of “Picture in Time”.

Last time out we featured Sunderland 100 and today its time to look at another of the trams which ran during the Gateshead Garden Festival – Blackpool 167 (the other tram – Newcastle 102 didn’t run on the day of this visit). 167 ran 1922 miles during the 157 days of the Festival; like Sunderland 100 the fact that it was fully enclosed probably helped to keep its miles up (102 had the lowest mileage at 1257).

The Gateshead Garden Festival was a popular visitor attraction with over three million visitors during the five months of opening. Over £50 million was invested in creating the event with the aim of all Garden Festivals being to help contribute towards the regeneration of post-industrial areas of the UK.

In this first photo below Blackpool 167 is caught outside the depot at the north end of the line. The blue anoraks with red bands worm by the people outside the shed were the uniform of Festival staff and volunteers – and completely necessary in weather like that on this occasion (it was after all July so what would you expect from a British summer!). 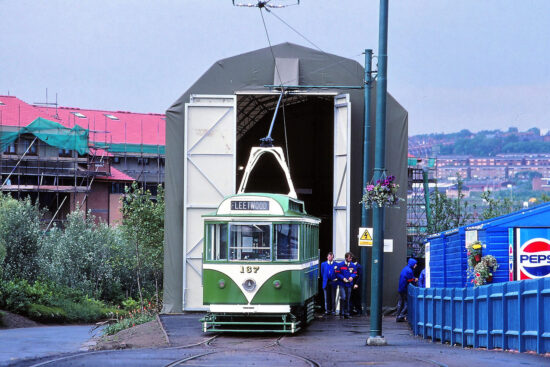 And then in this photo we see Blackpool 167 outside the depot at the Eslington end of the tramway. 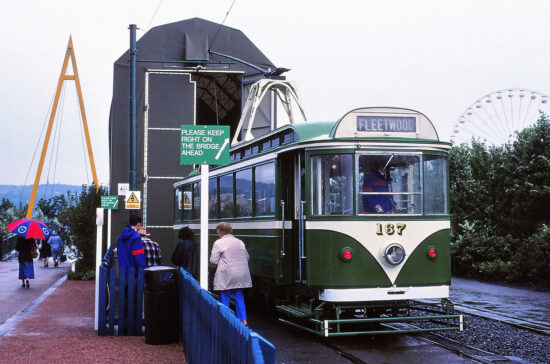