In Pictures: Balloon 700 on tour for the Fylde Tramway Society

Posted on Tuesday 4 January 2022 by Gareth Prior

Having missed a year because of a certain global pandemic, Tuesday 28th December 2021 saw the Fylde Tramway Society’s Christmas Tour take place. And if the fact that the tour was back wasn’t exciting enough it included the use of Balloon 700 in its relatively recently applied new coat of wartime green and cream paint – for many the first chance to catch a glimpse and a ride on the new look tram.

As you will probably recall 700 – which retains all of its B fleet modifications – was due to be one of the main attractions of the Anniversary Spectacular event in September 2021 but it only briefly made it onto the Promenade for a Private Hire with its big debut the following day cancelled after it suffered a fault. The tram did finally enter service during December 2021 on another Private Hire but for enthusiasts 28th December was the first time they would be able to ride on the tram.

The FTS tour also used Rebuilt Balloon 707 whilst the day started off with a trip on board Atlantean 334. 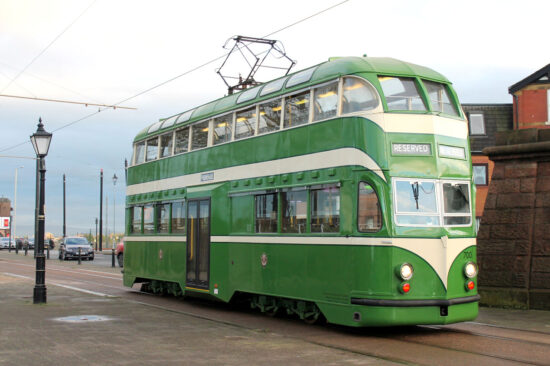 Having reached Fleetwood, Balloon 700 sits on Pharos Street for photos before returning south on the FTS tour. 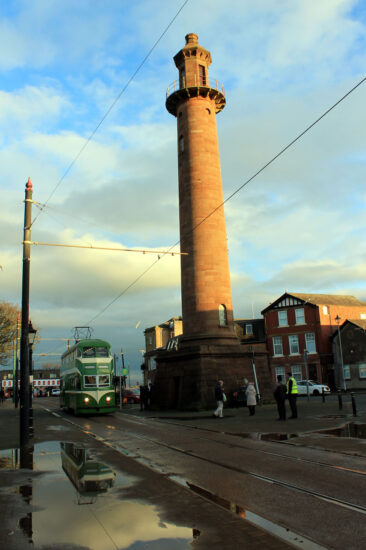 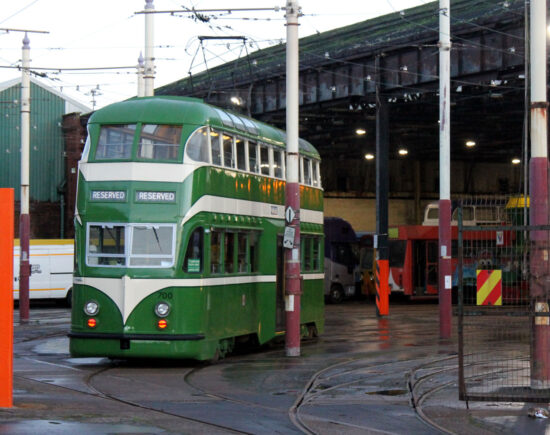 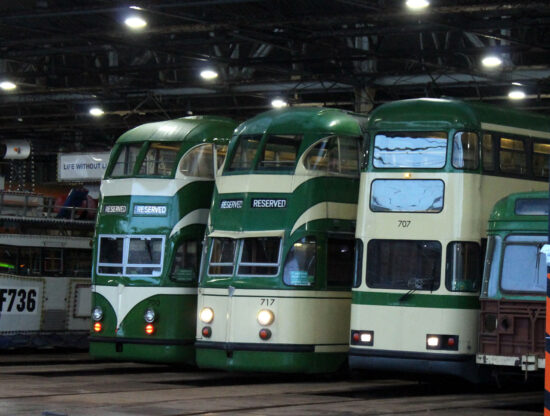 With 700 back in the shed it stands alongside Balloon 717 and Rebuilt Balloon 700. The three English Electric built double deckers are flanked by the Illuminated Frigate on the left and Coronation 663 on the right. (All Photographs by blackpool_trams)

3 Responses to In Pictures: Balloon 700 on tour for the Fylde Tramway Society