Posted on Sunday 31 October 2021 by Gareth Prior

We reach the end of the second leg of our northbound journey on the Blackpool Tramway as we take a look at Cleveleys in this edition of “Stop by Stop”.

The tramway remains segregated from other traffic with the road either side of it as it continues its way between the stops at Anchorsholme Lane. There is another road crossing as we make our way north and we also round the steep Orion curve. Shortly before we arrive at Cleveleys there is another road crossing, this one a major crossroads with Victoria Road West the road which crosses the tracks. Cleveleys stop is located on a segregated island between these roads with no other traffic permitted and just before the light rail platforms we have the heritage tram service stops. We are now out of Blackpool and the shelters – which can be found on both platforms – are now green. The shelters here give a bit more protection having front sections as well. 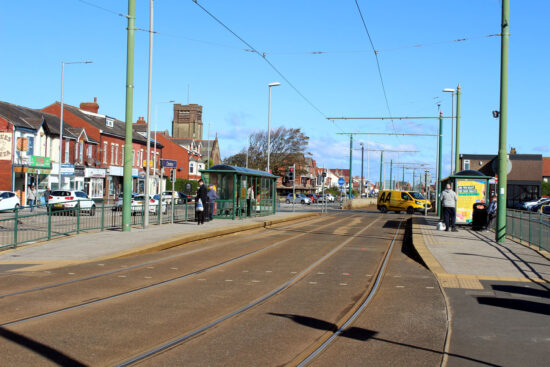 An image which looks north of Cleveleys stop. With shelters on both platforms a handful of expectant passengers wait to go in both directions. 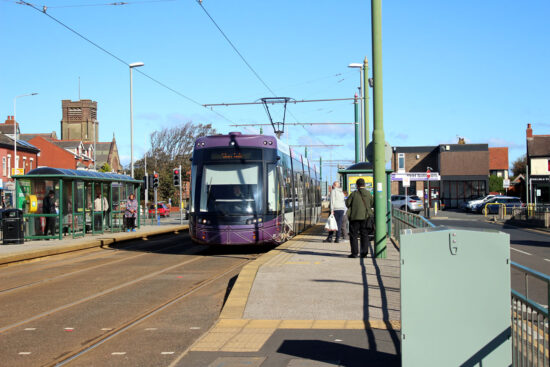 013 is just about to come to a stand at Cleveleys with a Fleetwood Ferry to Starr Gate service. 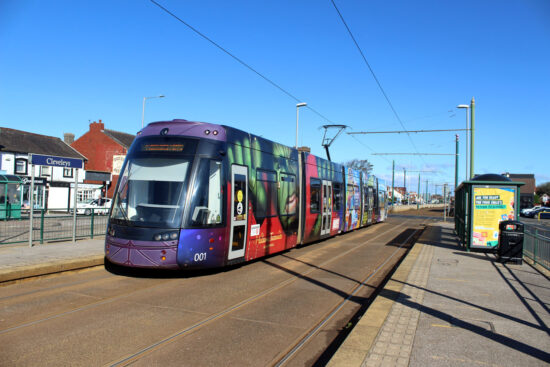 This photo shows 001 as it departs northbound from Cleveleys for Fleetwood Ferry. Another road crossing beckons the tram. (All Photographs by Gareth Prior, 25th September 2020)