Three of the Blackpool trams owned by the Lancastrian Transport Trust are set to be
evicted by the end of this month, following the announcement by the Trust that it will be clearing out its rented premises at Brinwell Road, Marton. The decision has been taken to stop renting this large industrial building and to relocate the buses and trams stored within, in order to help the charity to save money in readiness for the development of proposals for a transport museum at Thornton Gate to hopefully progress later in the year. The decision by Blackpool Transport to charge a rent fee for the continued storage of eight
further trams at Rigby Road, is also causing the LTT to feel the pinch in what is already a very challenging time for this organisation.

The three trams currently housed at Brinwell Road are English Electric Railcoach 279, Brush car 622 and Coronation 663. Of the trio, 279 is expected to move to the LTT’s BusWorks premises where it is hoped that its stalled restoration can continue. The tram was originally intended as one of the star attractions for the Blackpool tramway’s 125th anniversary celebrations in 2010, but unfortunately work could not be completed and very little progress has been made on the car over the past year due to changing priorities and the uncertainty regarding the tram’s future as part of Blackpool’s heritage tram fleet. As the car is in a partly-restored state, it will need to be housed undercover although as it currently sits on trestles, extracting it from its current resting place may prove challenging.

The other two trams, 622 and 663, are likely to move into open-air storage although it has not been revealed where the trams will be moved to. This will add to the growing number of Blackpool trams presently stored outside, as several organisations and individuals struggle to house the recently sold cars. At risk of controversy, perhaps it should be questioned whether the expense of moving these cars is really justified, as both types of tram are already represented in the LTT collection by other cars in better condition. Indeed, 622 was acquired primarily as a source of useful parts to assist with the restoration of other LTT-owned trams, and what remains is a tram in poor condition missing several useful components. However, the Trust must be admired for their determination to hold onto all of its vehicles, and hopefully this optimism will be rewarded
with a more permanent home for the trams to live in being ready in the not too distant future. 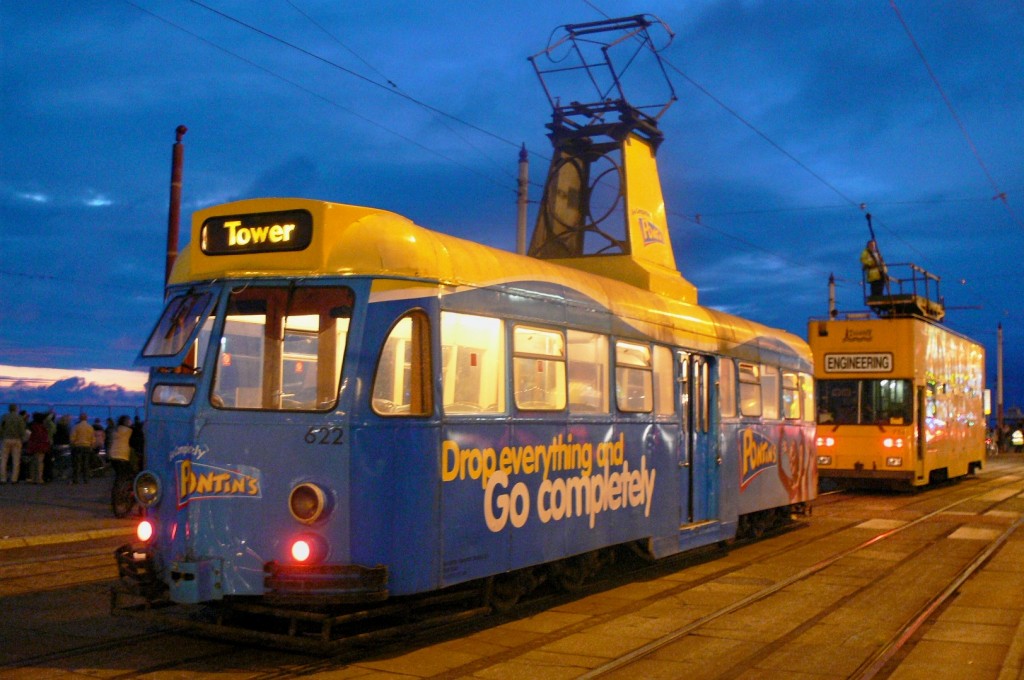 Seen in happier times, Brush car 622 is pictured in service at Tower on a busy 2008 illuminations evening. (Photo by Andrew Waddington)