Posted on Monday 6 September 2021 by Gareth Prior

Of all the trams we have featured during this series of “Whatever Happened To?” the only tram which is not currently at Crich is Halle 902. And its Halle 902 we feature today.

Halle 902 came to Crich with the plan of it being a second Access Tram to help take some of the pressure off Berlin 3006 and in 2005 it was still very much the plan with the tram only having been in the UK since that year. A Tatra T4D which was built in 1969 it was rebuilt in 1984 as a double ended car which is how it ended its operating career. After withdrawal it made its way to Crich and when we first see it in 2005 it was on test although during the Tramathon it wasn’t in a passenger carrying role.

The history of 902 since saw it run during 2005 and 2006 before it was taken of use after suffering from faults and it has run since. Remaining stored in the depots when extra space was required the decision was taken to send 902 away and it is now on a storage loan in Blackpool where it has resided since May 2018, although is due to move during 2021. 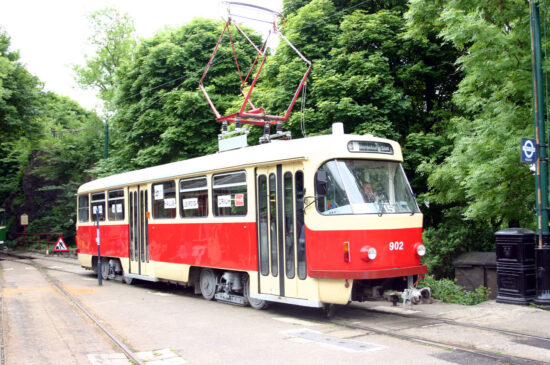 Halle 902 comes into Wakebridge on the Crich running line during the Tramathon of 12th June 2005. 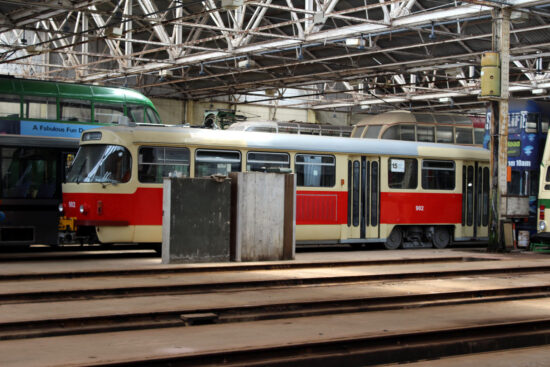 Its home since May 2018 has been Blackpool Transport’s Rigby Road Depot where it being stored on behalf of the Tramway Museum Society. We see the tram here in the depot on 23rd June 2018, not long after its arrival in the northwest. (Both Photographs by Gareth Prior)