This article has been updated since original publication.

Sometimes in an uncertain world its nice to have some things which remain constant, although we think in this case the fact that there has been another “wires down” incident on the West Midlands Metro doesn’t quite fit into that category. Yes, that’s right the West Midlands Metro is again running a revised service after an overhead line fault was discovered at the start of service on Saturday 26th June.

In what seems to have become all too regular the only difference this time seems to be the location as rather than being on the section of track close to St Paul’s it is on the northern part of the route with services from Wednesbury Parkway to Wolverhampton St George’s affected. The actual issue was just to the north of the stop at The Crescent on the down line towards Wolverhampton and it appeared that the gas tensioner had failed causing the problem.

The first reports of the disruption were made at 0500 on Saturday 26th June with the issue continuing throughout both that day and Sunday 27th June as investigations and repairs took place. Repairs weren’t quite completed in time for a normal start on Monday 28th June althoygh by 0700 trams were able to run as normal to Wolverhampton again.

Two different services were operated during this latest disruption. Initially only a normal service ran from Wednesbury Parkway to Library with no trams further north but from shortly before midday on Saturday 26th June a shuttle service was able to run every 50 minutes from Wednesbury Parkway to Wolverhampton St George’s (presumably using the one unaffected track).This shuttle service remained in operation until 2030 after which it was changed again to no trams to Wolverhampton. This remained in place throughout Sunday 27th June.

Whilst other tram and light rail systems in the UK seem to have semi-regular disruption it does seem that the West Midlands Metro seem to have more than their fair share of problems with the overhead wires. It can only be hoped that internally an investigation into what the cause of these are so that in the future this all too familiar story can become part of history. 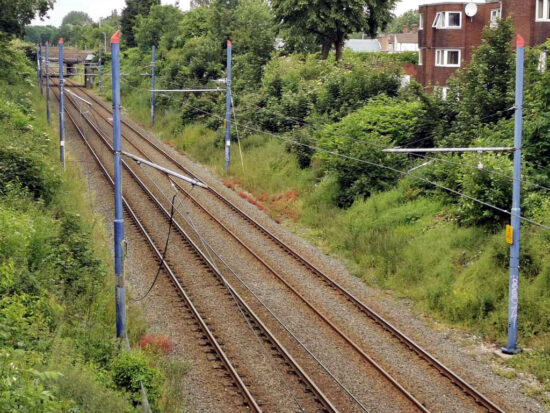 The problems is clear to see in this image with two of the horizontal support poles at an angle. 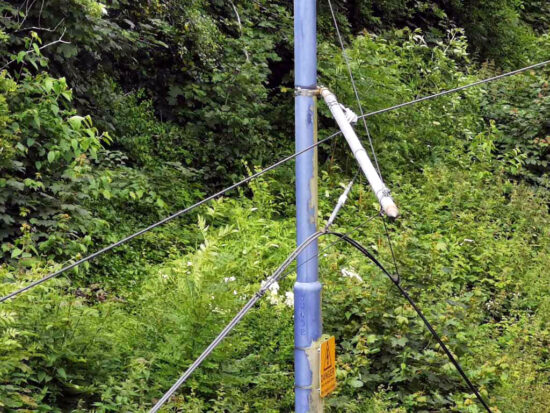 A close-up of the problem. (Both Photographs by Andy Walters, 26th June 2021)