In this latest edition of “Whatever Happened To?” we take a look at Leeds 399 – another of those trams which ran in passenger service during the Tramathon event at Crich in 2005.

Leeds 399 is another of those trams which arrived at Crich in the early years of the museum but would have to wait some time before it would be restored to service. For this tram it arrived at Crich on 15th August 1959, becoming the very first passenger car on site, but it wouldn’t enter service until 1991 with it requiring a fair amount of work to bring it into serviceable condition. Built in 1925 and withdrawn in 1951, 399 had ended its years in Leeds as a depot shunter. At the time of our featured event in 2005, 399 had truly become an integral part of the operating fleet each season.

If we then move forward from 2005 until now and not much has changed for 399. It is still running and has just had the odd period out of use as it has received routine maintenance. Often being used early and late season thanks to its enclosed nature the tram did see use during 2020 both pre and post lockdown. 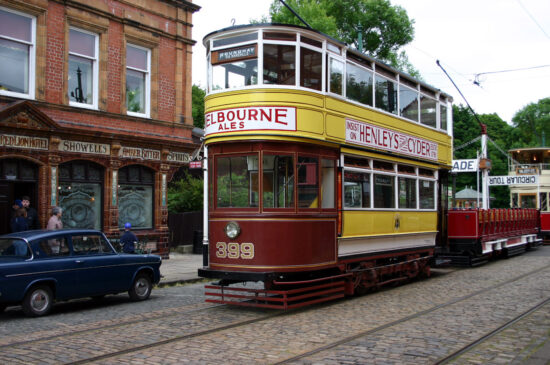 A major feature of Tramathon’s of days gone by and any major enthusiast based event is the queue of trams along the museum street waiting to be called forward to run along the line. On 12th June 2005 we see 399 at the back of the queue outside The Red Lion. 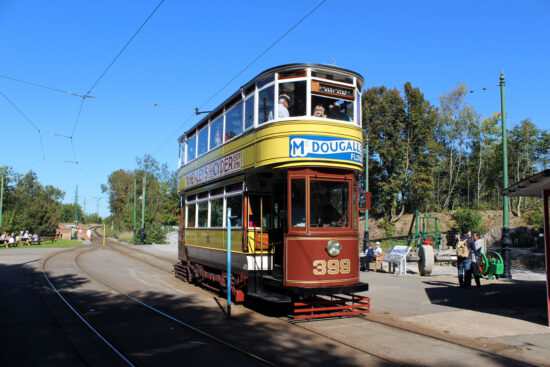 Lovely September sunshine on 21st September 2019 as we catch-up with 399 at Wakebridge. (Both Photographs by Gareth Prior)