In Pictures: More from Wilko’s

With new fencing being installed around the old Wilko’s store worksite it may be a little while before we bring further updates from the construction works of the new tram terminus in Blackpool so here we feature the scene on Thursday 10th June showing the latest progress.

As we all know by now the site where the Wilko’s store once stood is to become home to the terminus of the tramway extension from North Pier to Blackpool North Railway Station as well as a new hotel and restaurant. The whole Talbot Gateway project is due to be finished in 2022 with the latest reports from the Council suggesting that services on the tramway will commence early next year. Extending the already laid tramway tracks further into the site and building the terminus are just a couple of the jobs which need to be completed before trams can run with the most obvious of these being the installation of overhead wires. A start was made on the overhead at the Talbot Square area during May although only for a week with lots more to come over the summer. 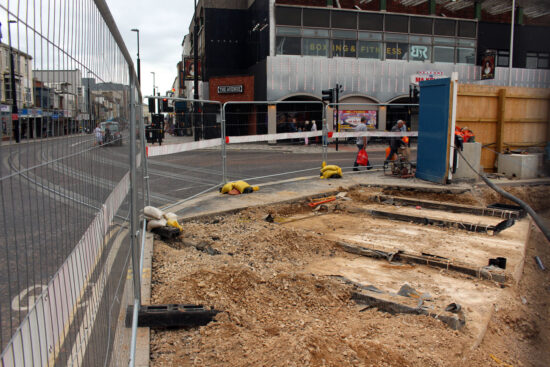 Looking down Talbot Road from the entrance to the worksite where we see the current end of the tracks. These will soon be extended further, probably through the toiletries and gardening aisles! 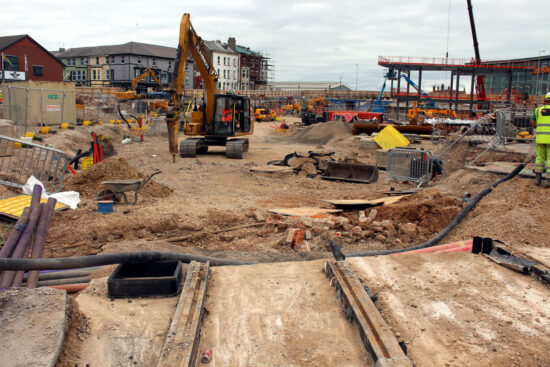 The classic shot into the worksite. On the right note the framework of the first new building on the site. 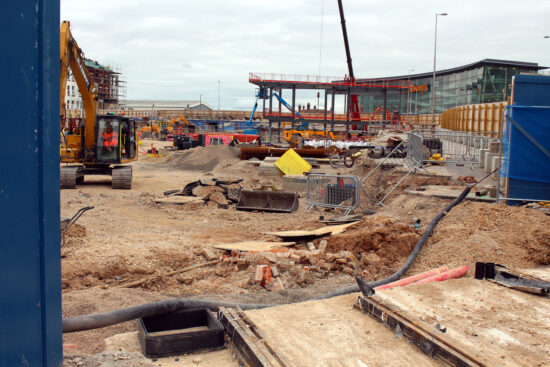 Another view into the worksite with the framework on the right again. (All Photographs by Tony Armitage, 10th June 2021)