In Pictures: A look at the old Wilko’s site in Blackpool

While work on the installation of overhead along the route of the tramway extension in Blackpool along Talbot Road may have stalled after a week of span wires being put up that doesn’t mean that there is no work taking place as there remains activity up at the former Wilko’s store where the tram terminus will eventually be constructed.

While from first appearances in this photos there doesn’t seem to have been much change if you take a look in the site you will see that items have started to arrive which will be used to enable the laying of tracks. Steconfer track frames have now been delivered onto site which is hopefully a sign that in the not too distant future tracklaying will commence. 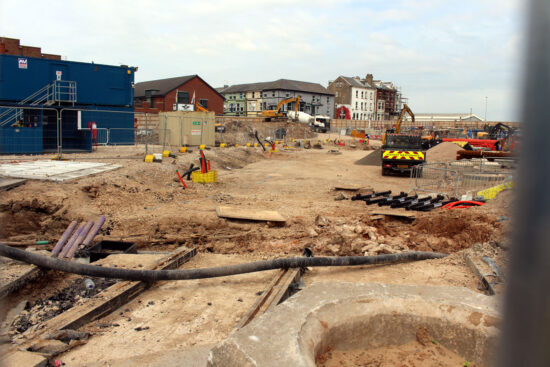 This is the view looking from the former entrance of the shop where in the foreground we can see the tram tracks which will extend further into this site leading to the Blackpool North Railway Station terminus. The site continues to be prepared for not only the tramway but also the construction of a new hotel and restaurant. The track frames can be seen on the right hand side. (Photograph by Tony Armitage, 7th June 2021) 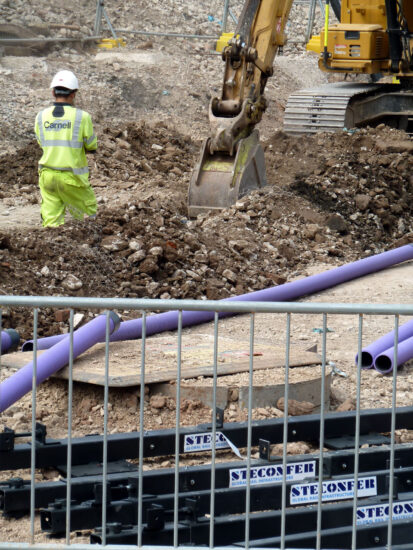 A closer look on site and we can see the Steconfer frames waiting for use. (Photograph by Peter Dockerty, 7th June 2021)

1 Response to In Pictures: A look at the old Wilko’s site in Blackpool