The slow and steady progress of the overhead installation in Talbot Square has been continuing with further span wires having now been put into place while up at the other end of the Blackpool North Railway Station extension of the tramway the ends of the previously installed tram rails have now exposed which hopefully is a sign further rails are set to be put down in the near future.

For those of you who read our last update from the extension you will have seen that it would appear the works at the Talbot Square end which were expected to take up to three weeks have now been put on the back burner after Blackpool Transport confirmed that the early morning and evening closures of the tramway would end this week. The announcement says that the work will now resume in July but what isn’t known is whether this means no further work on the overhead installation will take place at all over the next 6 weeks or that it is just that which affects the current tramway which will be delayed.

In the meantime the overnight work has been continuing in Talbot Square with a large number of span wires now having been put into place.

And then up at the old Wilko’s site the ends of the tram line have now been exposed which should hopefully be a precursor for new rail to be installed further into the worksite and onto the terminus.

Work is expected to be completed on the complete tramway extension by the end of 2021 although an exact date for the start of opening services has yet to be confirmed. 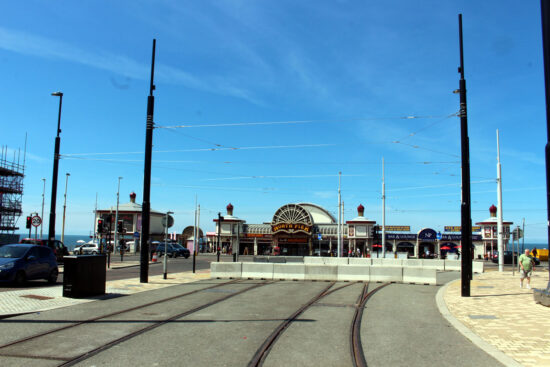 Looking towards the Promenade in Talbot Square with the various span wires now in place above the tracks. 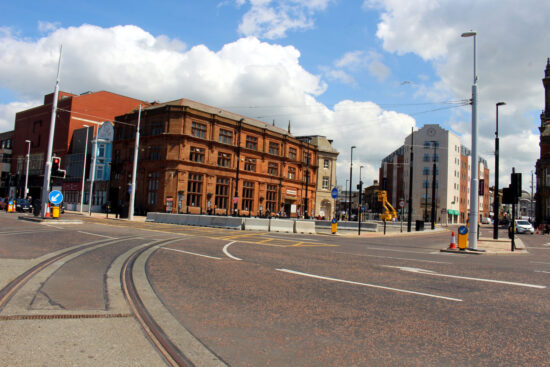 A view the other way again showing the various wiring in place. Beyond is the recently opened Premier Inn. (Photographs x2 by Tony Armitage, 27th May 2021) 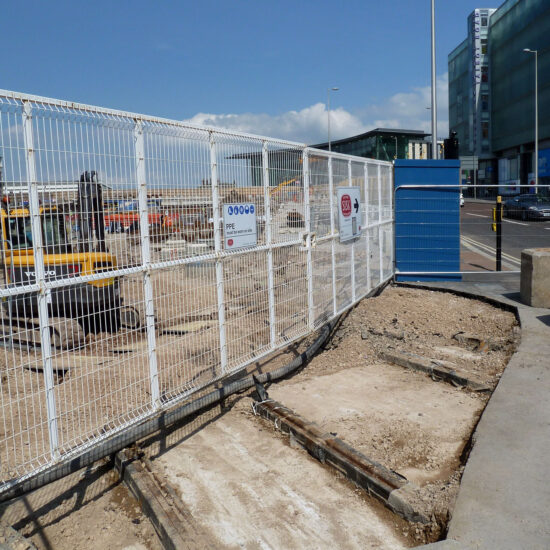 Up at Wilko’s and the ends of the rails have been exposed. 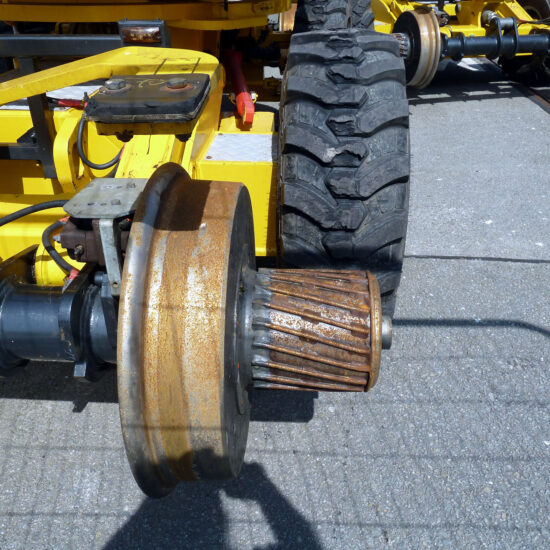 A close-up of one of the road-rail cherry pickers showing the wear and tear caused over the past few days. (Photographs x2 by Peter Dockerty, 27th May 2021) 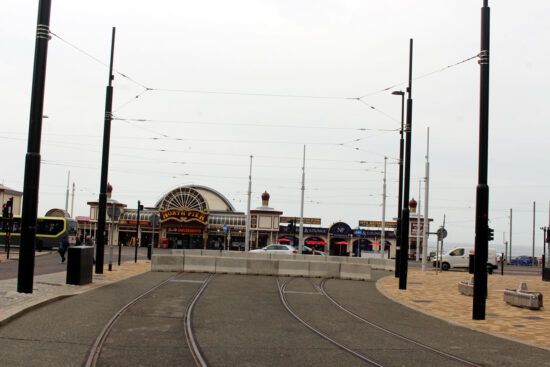 After the last of the work for now has been complted in Talbot Square. 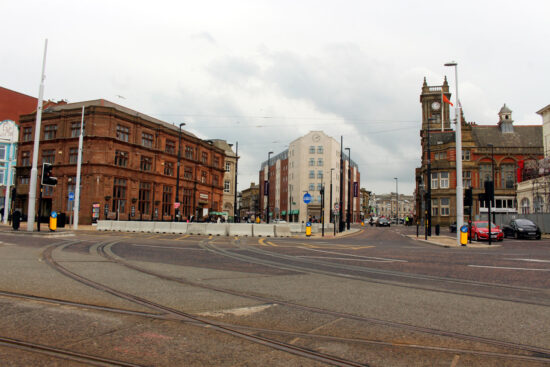 Another view of the web of wires at Talbot Square. (Photographs x2 by Tony Armitage, 28th May 2021)