Posted on Tuesday 4 May 2021 by Gareth Prior

Today’s “Picture in Time” is again looking at some trackwork on the Croydon Tramlink system.

We are again seeing work taking place during a closure of the New Addington line at Easter 2005 here but have moved further towards Croydon Town Centre as we now find ourselves at Lloyd Park where there are various pieces of equipment both in use and stabled to help with the track relay. Lloyd Park is the first stop on the line to New Addington after the Tramlink system diverges just after Sandilands and although only a stones throw out of the town centre has an almost rural like quality with plenty of grass and trees around. With more track at the side work is taking place on the line closest to the camera in the distance on 20th March 2005. 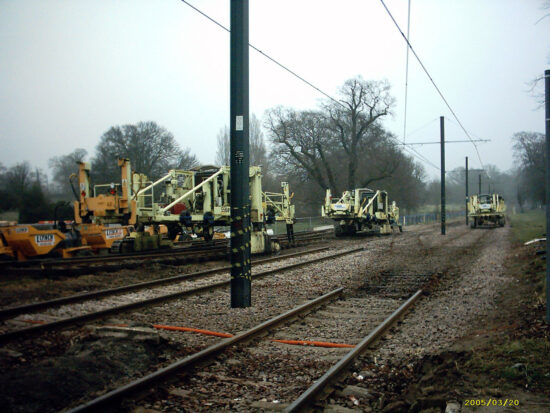