After featuring four trams which all remain in the operational fleet now, today’s star of “Whatever Happened To?” has not been so lucky as it is currently a static exhibit requiring workshop attention before it can be considered for a full return to service. That tram is Blackpool & Fleetwood 2.

Blackpool & Fleetwood Rack 2 is a very important tram in the history of what is now known as the Crich Tramway Village as it was the first electric tram to run in passenger service on 5th July 1964 after its arrival in Derbyshire. Built in 1898 the tram would be withdrawn from passenger service in 1939 (by which time it had receive the number 127 after the takeover of the Tramroad by Blackpool Corporation) but would then be used as a Permanent Way car until around 1954. Restored to passenger condition in time for the 75th anniversary of the tramway in 1960 it was soon on its way to Crich and would soon be a key member of the operating tram fleet. By the time of the 2005 Tramathon it had received more workshop attention to allow it to return briefly to Blackpool in 1998 for the Centenary of the Tramroad and was now back in service once more.

2 is currently not part of the regular operating fleet as it again requires more extensive workshop attention with it last running as part of the day-to-day running fleet in 2012. It has, however, had two brief periods back in service since then – in 2014 to celebrate the 50th anniversary of its first electric tram runs and also in 2018 for one day during Simply Trams as part of its own 120th birthday celebrations. After that last use it has returned to being on static display. 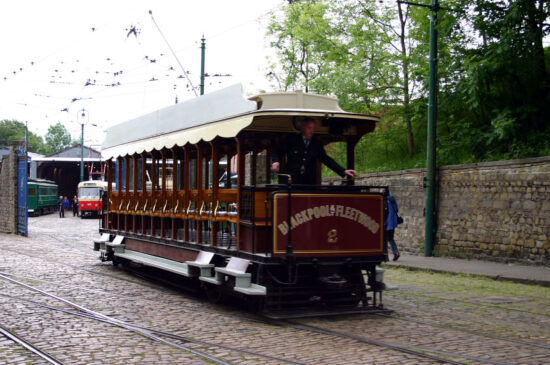 2 has just come out of the depot complex on 12th June 2005 as it gets ready to enter service as one of what would end up being 29 different vehicles out on the mainline during the day. 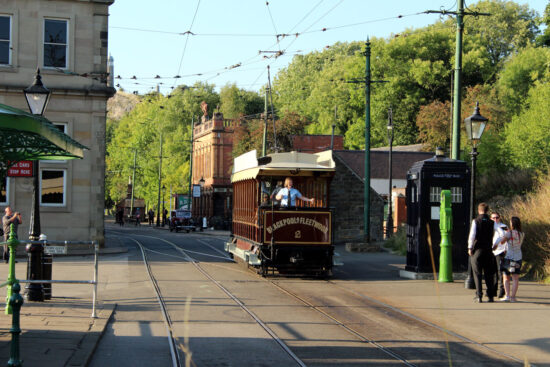 The last time that Rack 2 would run in service would be 1st September 2018 during the Simply Trams event when it was recommissioned for one day only to celebrate its 120th birthday. We see it here just approaching the Town End terminus at the end of the day. (Both Photographs by Gareth Prior)

2 Responses to Whatever Happened To? Crich Tramathon 2005 – Blackpool & Fleetwood 2