The late May Bank Holiday weekend saw another hugely succesful period of operation for the heritage tram fleet in Blackpool, with no less than sixteen of the retained traditional trams operating over the three day period. With so much going on, picking out highlights is very difficult – but the runs to Fleetwood by four different trams for the first time in the light rail stands out as being particularly noteworthy.

The first of these was modified Balloon car 711 which worked a journey from Pleasure Beach to Fleetwood and back on Saturday 25th May. This was 711‘s longest run since the car was rebuilt with enlarged centre platforms and plug doors, and as such it proved to be very popular despite the temptation of Boat cars running on the promenade at the same time.

The following day, Centenary car 642 enjoyed its first passenger working since November 2011. Leaving depot at around 10:30am, this was of course the first passenger journey by any Centenary car to the northern terminus since 2009, and this was reflected by a full standing load to Fleetwood and back. The saying that absence makes the heart grow fonder certainly rang true for this tram, which was often avoided by enthusiasts just a couple of years ago! It had been intended that 642 would accompany fellow yellow tram, Balloon 701 for a further run to Fleetwood at the end of the afternoon, but unfortunately 642 had to return to depot early after becoming defective. However, this disapointment was soon forgotten as its place was taken by Boat 600, which performed its first run through to Fleetwood Ferry since the car was taken out of service for rebuilding back in the summer of 2009! It may be recalled that 600 had recently been banned from operating north of the Metropole Hotel due to ongoing problems with its trolley dewiring, but presumably this has now been rectified and the tram ran faultlessly on this day. Both 600 and 701 were even posed side by side at the former loading stop at the Ferry, which made a glorious sight in the early evening sunshine.

The final ‘first’ of the weekend was a morning journey to Fleetwood performed by Balloon 723 on Monday 27th May. Although this car had been used on the previous day, it hadn’t ventured north of Cleveleys, so this was a welcome return to the town for another of the unsung heroes of the Blackpool tramway.

The latest heritage operating weekend was absolutely fanastic with great efforts being made by Blackpool Transport staff, and overseen by Bryan Lindop, to provide an enjoyable package of events for enthusiasts and the general public to enjoy. Look out for more extensive coverage of this memorable weekend will be provided here on British Trams Online. 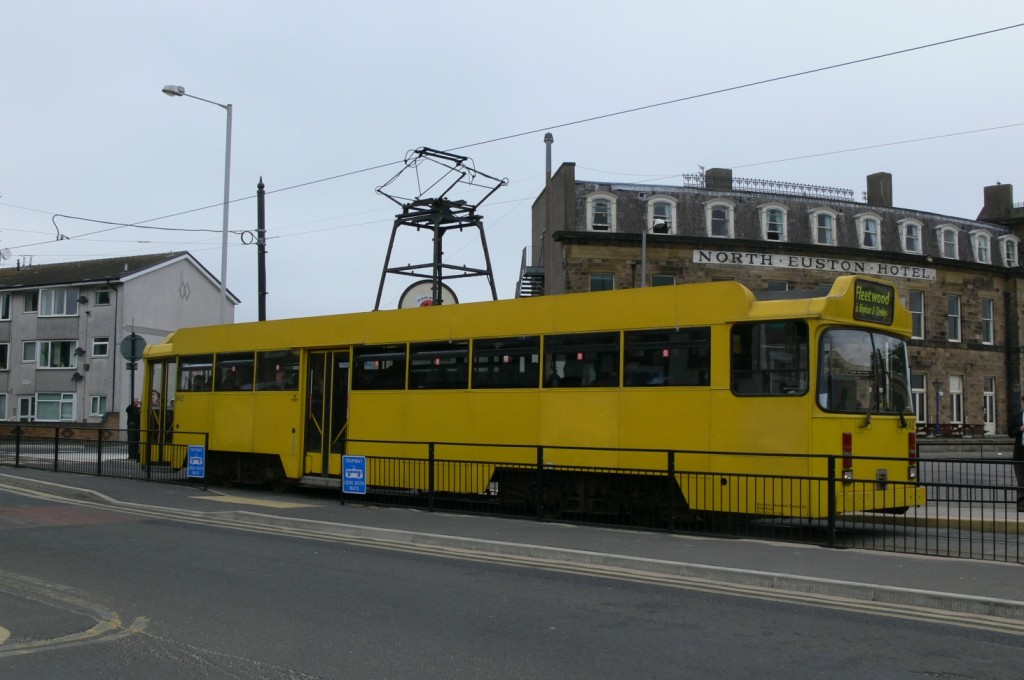 Sunday 26th May saw Centenary car 642 back in Fleetwood after a long absence, and here the tram is seen standing at the heritage stop on Bold Street waiting for the service car in front to depart before it returns to Blackpool. (Photo by Andrew Waddington) 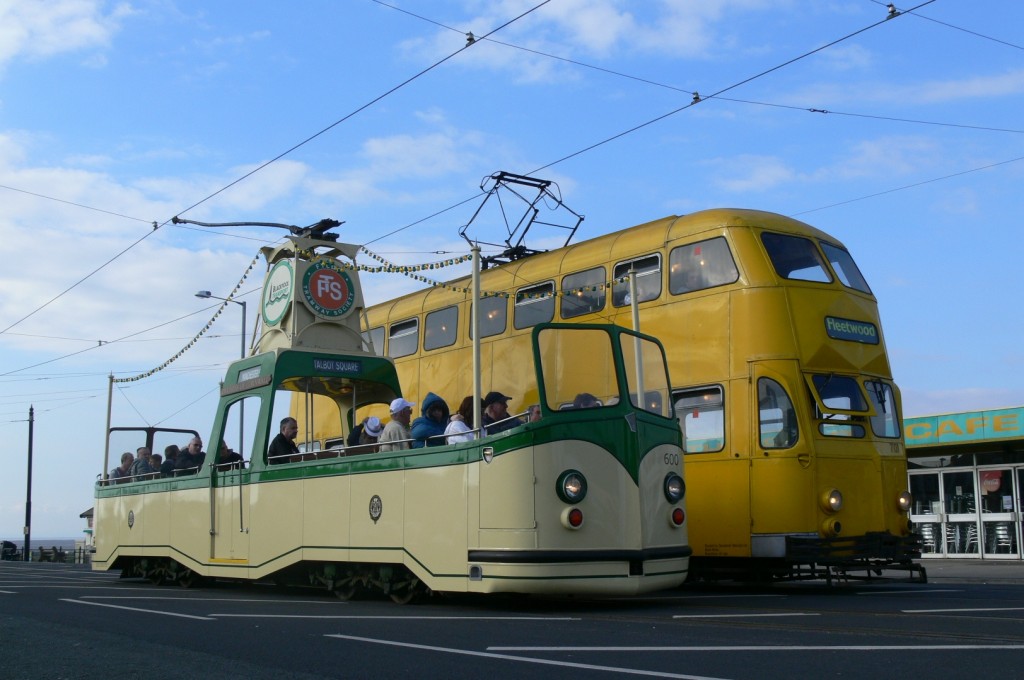 The fine sight of Boat 600 and Balloon 701 posed at Fleetwood Ferry before heading back to depot on Sunday 26th May. (Photo by Andrew Waddington)