Whatever Happened To? Crich Tramathon 2005 – Blackpool 40

Continuing our series of “Whatever Happened To?” featuring the trams which ran at the Crich Tramway Village Tramathon 2005 today we take a look at one of the workhorses of the operational fleet – Blackpool 40.

Blackpool 40 is one of the extensive fleet of Standard Cars which ran on the Fylde coast with this particular example entering service during 1926 and it would remain in service all the way until 12th January 1963 – the last open balcony tram to be running in Britain by this time. It was moved to Crich later the same year and would soon enter service. By the time of the 2005 Tramathon it had been back at Crich for 20 years – having spent 1985 in Blackpool as part of the Centenary celebrations of the tramway – and was just one of those trams which has become part of the operating fleet furniture.

Moving forward to today and 40 is still operational and indeed has run in every single year since 2005. To many 40 is the epitome of what a traditional tram is with its double deck and open balconies and is always a popular choice when in service, often towards the top of the mileage charts at the end of each season. 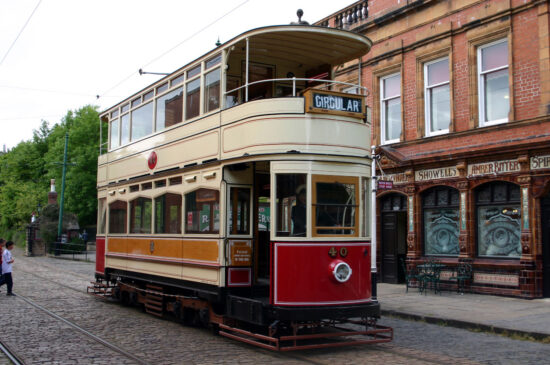 Outside The Red Lion on 12th June 2005 Blackpool 40 is seen moving forward as it joins the queue of trams in service during the Tramathon. 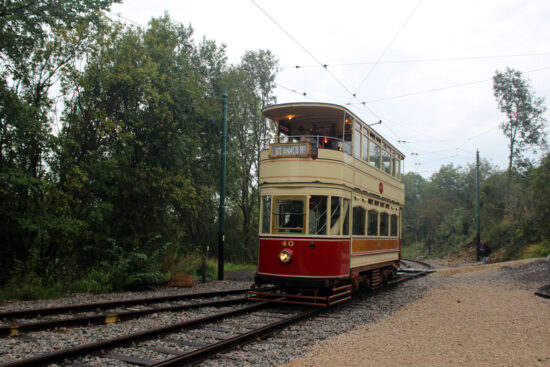 A more recent photo of 40 as it is seen at Glory Mine on 22nd September 2019 (day two of the Crich 60 event). While the tram hasn’t changed since pictured in 2005, Glory Mine has with it now opened up to allow passengers to alight along with a slight remodelling in 2018/9. (Both Photographs by Gareth Prior)