Posted on Friday 5 February 2021 by Gareth Prior

Before we move on to another location we just have time for one more archive photo from Crich and its 1985 again as a couple of Glasgow trams soak up the sunshine.

Today 1100 can be found at the Clay Cross store having been moved away from Crich in 2005 because of space constraints while 1115 remains at Crich and after many years being part of the Trams at Night display is now in the Great Exhibition Hall, still on static display. 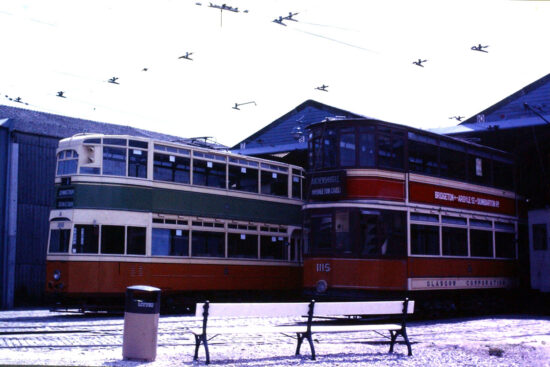