Posted on Friday 13 November 2020 by Gareth Prior

Our final stop in Leeds during 1959 moves on from the Horsfield Cars and takes a look at one of the Feltham trams which had moved north for their final years of service.

We include two photos of 532 in service on 1st November 1959 both taken by the bus station in York Street with the tram running on route 22 to Templenewsam although it has obviously turned at some point between the two images as we can see two different between deck adverts – one for Heinz Tomato Ketchup and the other for Littlewoods Pools. 532 was originally Metropolitan Electric Tramways 360 and was renumbered 2104 when the tram fleets in London came under the auspices of the London Transport Passenger Board. One of the Felthams to be sold on for further use in Leeds it entered service in West Yorkshire in April 1951.

The first photo shows passengers alighting from the tram as it heads towards the camera bound for the city centre but with its destination blind having already been switched to running to Templenewsam. 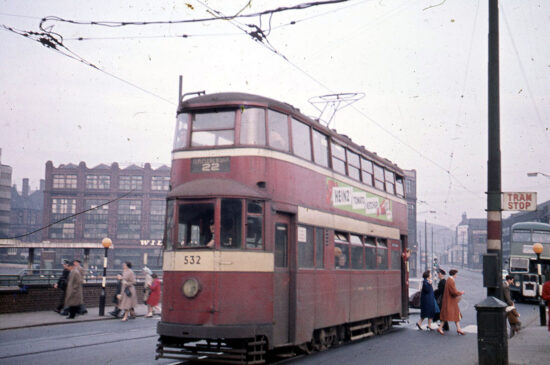 And then with the tram having turned it is seen on the other track in the same location heading out of the city with a route 22 working to Templenewsam. 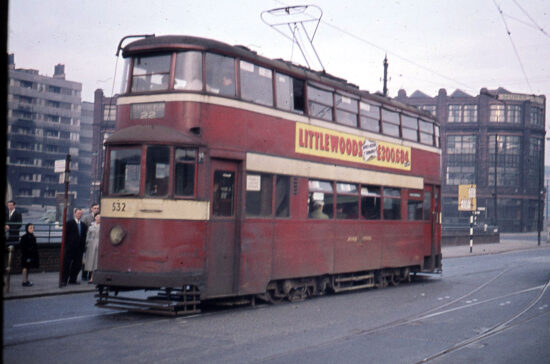 Both Photographs by Tony Sullivan