So Nearly, Not Quite! Blackpool Illuminated Frigate 736

We are once again heading off to Blackpool for our series which looks at photos which the finished product certainly wasn’t we planned when we set out to take the image!

Its 31st August 2008 which was the first Saturday of the Blackpool Illuminations that year, and as such the first full night of the lights shining which meant there were plenty of people about wanting to catch a glimpse not just of the illuminations but also the trams used on tour duty. We are at North Pier where the Frigate – HMS Blackpool – is standing on the centre track waiting for its first customers of the evening. With natural light still in evidence its not quite time for the off so there’s time to get a quick photo of the tram – enter pedestrian from stage left to cross the tracks just in front of the camera blocking the tram. Ah, never mind, better luck next time! 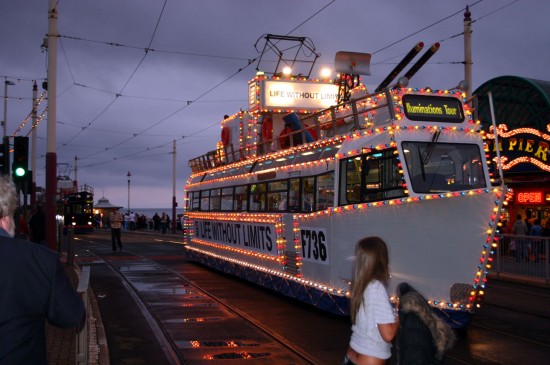