Posted on Thursday 19 December 2019 by Gareth Prior

Blackpool is again the location for our archive comparison series “15 Years Apart” today. This time we feature another tram which has since been preserved although for this tram it has returned to Blackpool on loan – it is Railcoach 680.

680 is another tram which has gone from advert livery to fleet livery over the past 15 years with 2004 seeing it carrying this bright advert for Central Pier. Only applied in the summer of this year it was only around a month old when captured on camera at Tower on 5th September 2004 with the now long-gone overbridge in the background. The advert would remain in place until 2006. 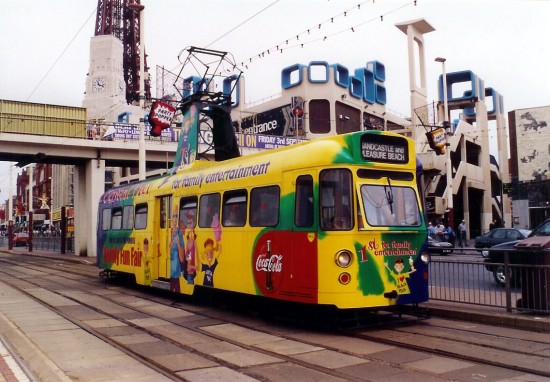 And so to 2019 and 680 has returned to the 1990s green and cream fleet livery including the black window surrounds. The tram is now preserved and owned by the Manchester Transport Museum Society who operate the Heaton Park Tramway but has spent a very limited time actually in Manchester with periods on loan at Beamish (where it operated in cream to signify the period it was a towing car) and now Blackpool where it is expected to remain for the foreseeable future. On 25th May 2019 680 is seen at Beamish heading north to Little Bispham. 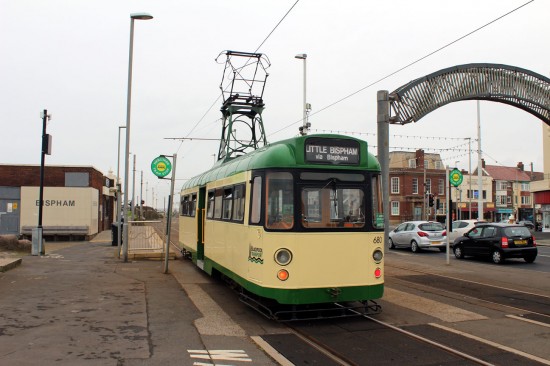