We head back to another modern tram system for today’s “15 Years Apart” as we are off to the East Midlands and Nottingham Express Transit.

2004 was actually the very first year that Nottingham Express Transit operated public services, opening on 9th March of that year. Our 2004 photo comes from the second day of service when 203 was pausing at Royal Centre with a service running to the then terminus at Station Street. Running in the original fleet livery this tram has since received two further fleet liveries as it has gone through two mid-life refurbishments over the past 15 years. 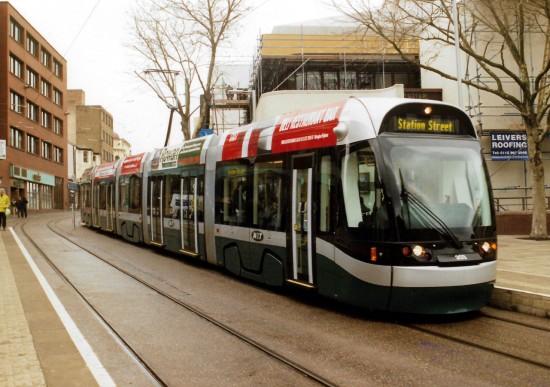 Moving onto to 2019 and 203 is in a new fleet livery having been one of the first Bombardier Incentro trams to go through the Wilkinson Street Workshops as part of the second mid-life refresh project. We see the tram approaching Ruddington Lane on 23rd September 2019. 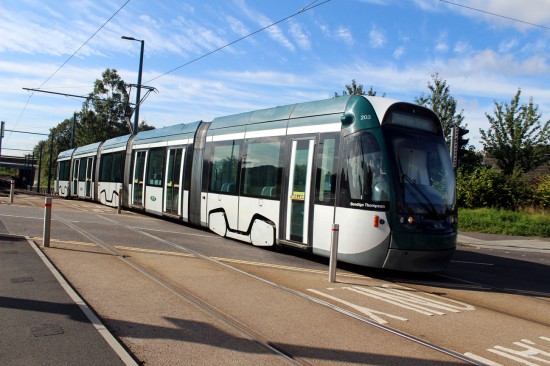