After your Editor’s aborted attempt to have a ride on the Volk’s Electric Railway at the start of May here is proof that the line does actually operate with a selection of photos taken at on Saturday 18th May. A standard two car service was in operation with the two newest vehicles in the fleet – 9 and 10. Tony Sullivan provides the photos for us.

Both 9 and 10 are considered as open cars, in that although they have roofs they have a crossbench style of body so there is little protection to any side winds. 9 dates they 1910 whilst 10 (built in 1926) is one of those trains which was restored by Alan Keef Ltd as part of the Saving Volk’s project and returned to service during 2018. 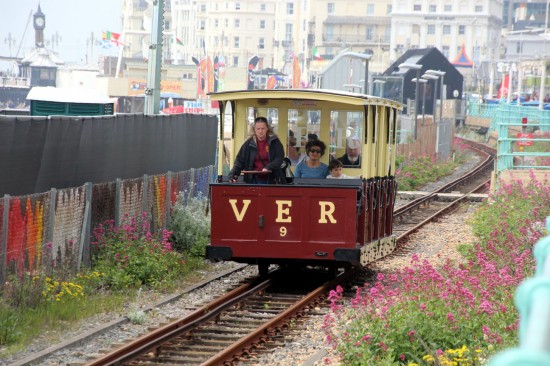 With the Visitor Centre and the station at the Aquarium/Palace Pier in the background 9 heads off with a service to Black Rock. 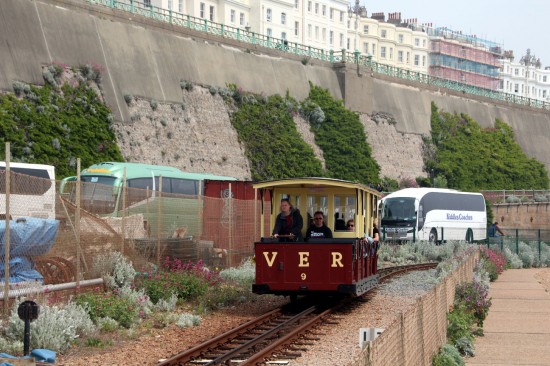 9 is again seen here this time running back the other way as it approaches the car sheds at Halfway (Banjo Groyne/Peter Pans Playground). 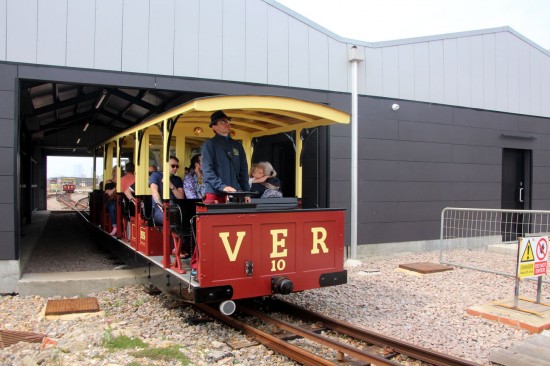 The station at Halfway can be seen through the car sheds here (and 9 stands at the platform) as 10 heads off to Black Rock. 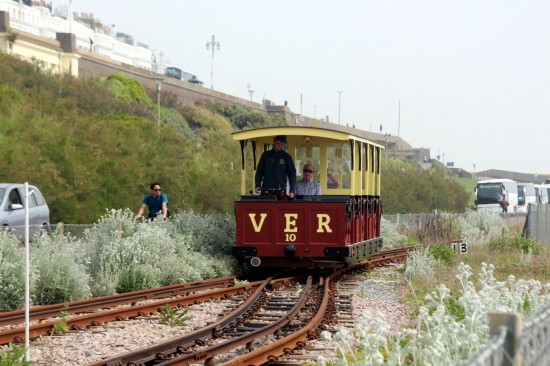 10 at the crossing loop between Black Rock and Halfway with a service heading back to the Aquarium. 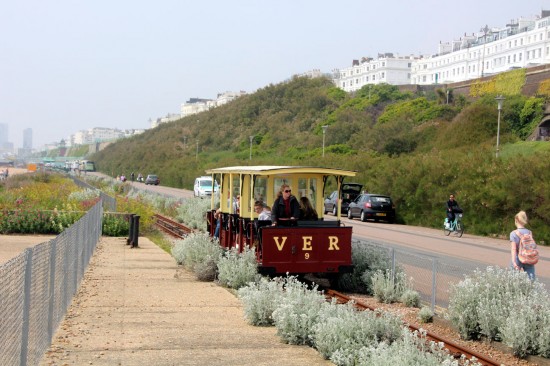 9 on the final approach to Black Rock with a service from the Aquarium. (All Photographs by Tony Sullivan, 18th May 2019)