In Pictures: Rush Hour on the Railways continues

Day two of Rush Hour on the Railways – Saturday 20th April – didn’t feature any pre-advertised events on the Manx Electric Railway with the main concentration of the day on the Isle of Man Steam Railway but that didn’t stop some action on the MER with more trailers out in service including the rare sight of blue liveried Tunnel Car 7 with red trailer. David Maxwell has again sent the below images through. 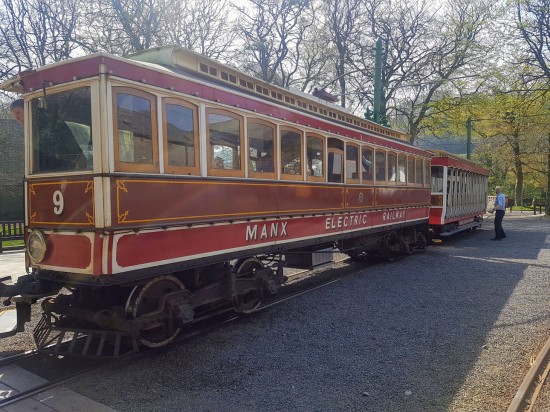 Having been used on the parallel run and then motorman taster lessons the previous day, Tunnel Car 9 was back on timetabled services on Saturday 20th April along with trailer 42 . The two trams are seen here at Laxey. 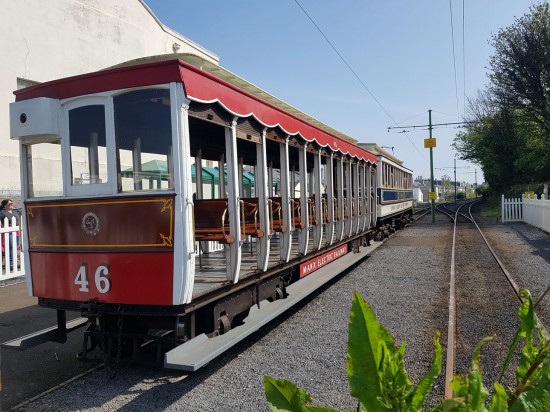 Tunnel Car 7 is normally to be seen partnered with marching trailer 48 but on this day it was traditionally liveried 46 working with the motor. The pair are seen here at Ramsey with the temporary terminus now in its third year. 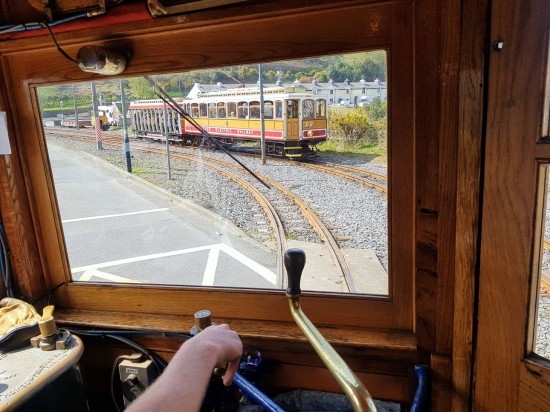 This time we are definitely looking through a rectangle window – the windscreen of 7 – at Winter Saloon 22 and trailer 47 as they pull away from Laxey. (All Photographs by David Maxwell, 20th April 2019)