Posted on Tuesday 18 December 2018 by Gareth Prior 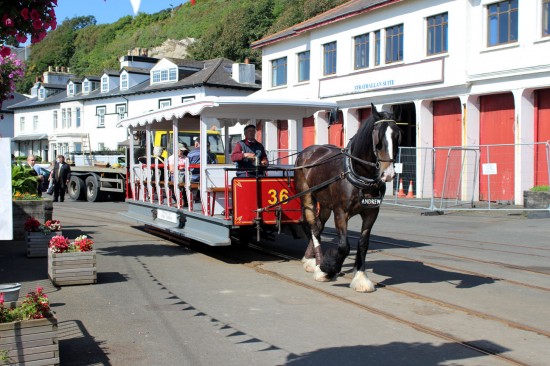 Shortly after no. 1 had been unloaded Andrew brings in car 36 to Derby Castle. 36 was the first horse car to enjoy a rebuild at Derby Castle after the takeover of the line by Isle of Man Railways. 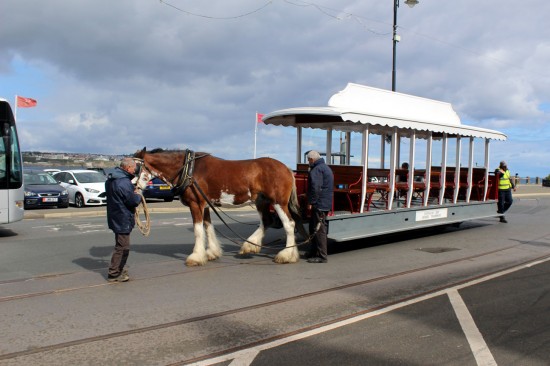 Another tram to enjoy a rebuild was 45 which received central advertising boards rather than the more recently seen boards around the edge of the roof. 45 is seen here at the Sea Terminal waiting time to return back north. (Both Photographs by Gareth Prior)