Posted on Sunday 2 December 2018 by Gareth Prior

The Blackpool September/Anniversary Spectacular took place over the weekend of 22nd and 23rd September with the event again featuring a regular heritage tram service – including specials – trams on display down at Rigby Road Depot, behind the scenes tours and free bus tours around the local area. In the first of our retrospective on the weekend we feature Balloon Car 715. 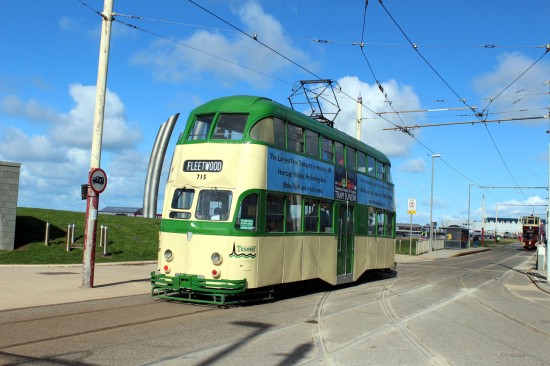 On each day two trams were allocated to a Starr Gate to Fleetwood service and on 23rd September one of these trams was Balloon 715. With the tram heading off to Fleetwood in this view we see it just passing the junction to Rigby Road Depot with Bolton 66 also visible in the distance heading towards the camera. 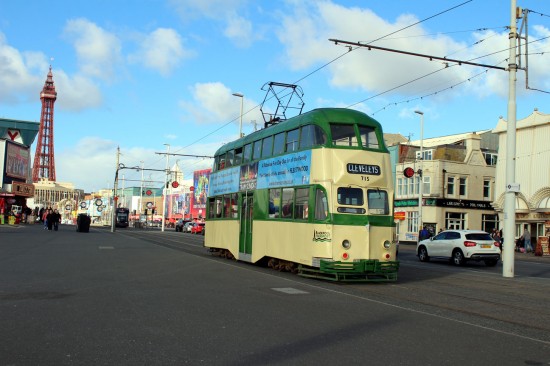 Later on the same day and 715 is running another northbound trip but this time it is only bound for Cleveleys as the days events start to wind down. The Balloon Car is just approaching Central Pier with a Flexity heading in the opposite direction. (Both Photographs by Gareth Prior)