September Review – Isle of Man: No. 2 – The Flying Horse Tram!

Posted on Sunday 2 December 2018 by Gareth Prior

With Douglas Bay Horse Tramway 1 being used at Laxey Station for the MER 125th Anniversary party on 2nd September it had to be transported by lorry to and from the event. In the below photos we see it being returned to Strathallan Depot on 5th September when it became a flying tram! 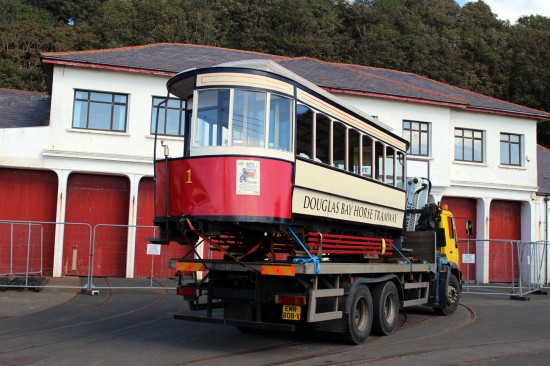 Before it started to fly we see 1 on the back of the lorry having just arrived back from Laxey and waiting for the unloading to commence. 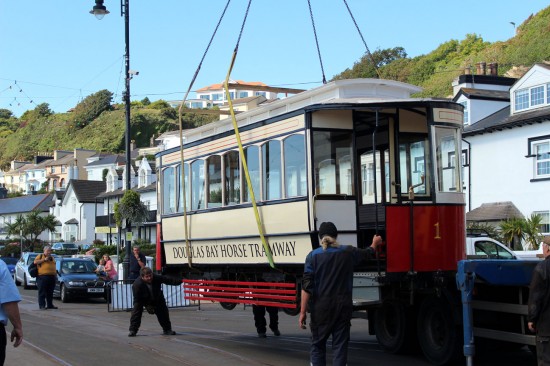 And here we see 1 up in the air as the unloading is well underway. The tram is being gently lowered back towards the tracks at the end of its little adventure. (Both Photographs by Gareth Prior)