Posted on Thursday 25 October 2018 by Gareth Prior

Heading over to Ireland for Picture in Time today as we feature an image from over 10 years ago on the Luas network.

In this photo we take a look at 3025 which is in Abbey Street in the centre of Dublin with a service heading to Connolly. This tram is an Alstom Citadis and was one of the 3000 batch built for the opening of the line. When ordered all these trams were just three sections but in the period 2007/8 all were lengthened to five sections although for 3025 this had not yet happened when captured on camera on 14th July 2007. 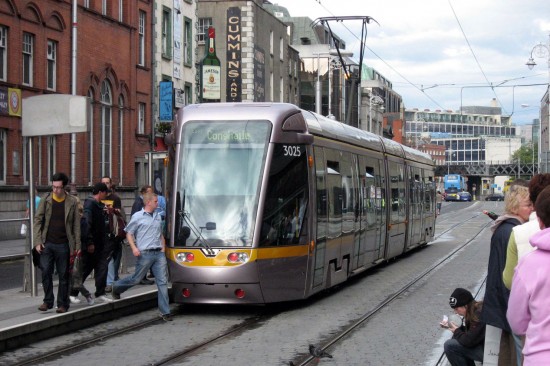