Around the World in Trams: Frankfurt 537

Posted on Thursday 30 August 2018 by Gareth Prior

Germany is the location for today’s photo from around the world as we feature a tram from Frankfurt.

Trams first ran in Frankfurt in 1872 (horse trams) with steam trams also tried out before the first electric trams operated in 1884 (horse trams ended in 1904 and steam trams in 1929). The system is now standard gauge and currently has a fleet of 103 trams on route mileage of almost 42 miles.

In this busy scene taken in January 1992 we see 537 – an articulated tram – with an unidentified trailer with another tram and trailer combination following close behind. 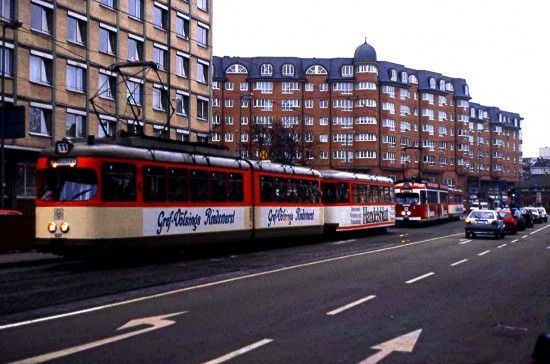