Posted on Thursday 16 August 2018 by Gareth Prior

Heading out of Europe for the latest edition of our worldwide tram series as we visit Dalian in China for a view of one of the oldest trams in the fleet.

Trams have been running in Dalian since 1909 although the current network is smaller than it once was with just three remaining routes (at its peak there were eleven routes). Probably the most interesting thing of the network is that all staff are women, no men allowed here obviously! There are four different class of trams which can be found in this corner of North East China and it is one of the oldest trams which features below, a DL 300 of the Witt type.

This photo shows 7-2281 which is passing the Ramada Hotel. 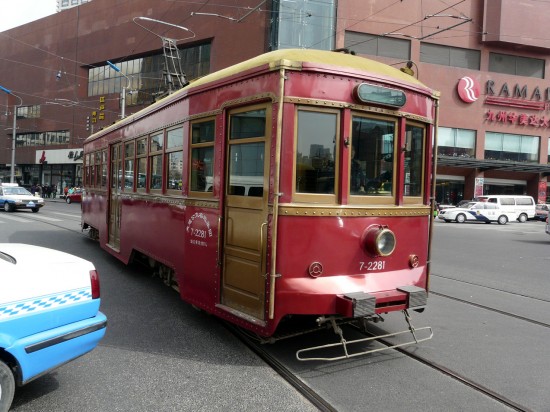