Posted on Sunday 11 December 2016 by Gareth Prior

In an exciting move the Blackpool Heritage Trust have announced that they have acquired Glasgow 1016 – or at least the bits of the tram which still exist – with a view to restoring it to near original open top condition. The tram was previously owned by the Scottish International Tramway Association (SITA) who made a generous offer to Blackpool which it seems was too good to turn down. The parts of the tram have already made the trip down from Scotland but it will be a long term project to see the tram running again.

The tram was built by the British Electric Car Company in 1904 as Paisley 16 and was one of 40 trams built at this time as the Paisley system was converted to electric operation. Originally an open top double decker it ran in the standard Paisley colours until 1923 when Glasgow Corporation took over the system and it received a repaint into the distinctive Glasgow livery (green route) and operated in this style for a short period. It was then rebuilt as a single decker in 1924/25 and operated in this guise until 4th December 1949 when it was formally withdrawn from service. Fortunately parts of the tram survived and it was eventually preserved by the SITA with it spending time at Irvine, Summerlee and most recently at the Glasgow Bus Museum in Bridgeton.

The SITA were keen to secure a future for 1016 and after exploring several options it was offered to the Blackpool Heritage Trust who were keen to take the tram as it adds to the collection a car from the turn of the century – a period which is currently not well represented in the ever increasing collection. It should also prove popular with the many Scottish visitors who head to Blackpool each year.

The various parts of the tram were transported to Blackpool at the start of December in what has been described as one of the most complicated moves which has been undertaken due to sheer number of component parts 1016 had been stripped into. The parts arrived in Blackpool on 3rd December – one day short of 66 years since the tram was withdrawn from service in Glasgow.

It is planned that the tram will be restored to near original open top condition but whether it ends up as Paisley 16 or Glasgow 1016 has yet to be decided. As with all major projects such as these it is a long term plan and the only way it will happen will be with financial support – if you would like to help the Blackpool Heritage Trust in their ambitions you can find out how to donate by visiting http://www.blackpoolheritage.com/htrust/donate/. 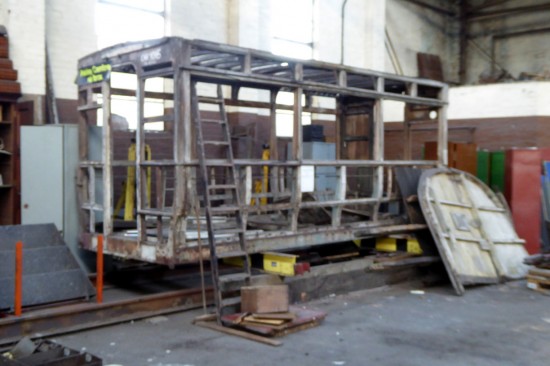 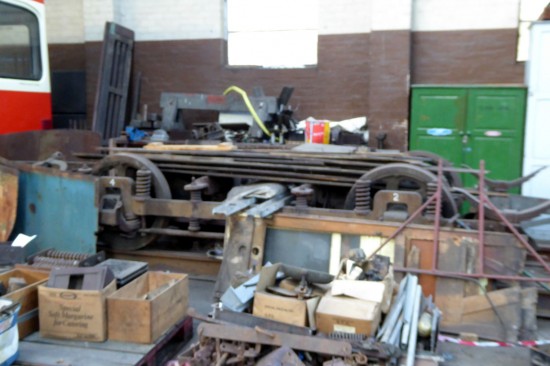 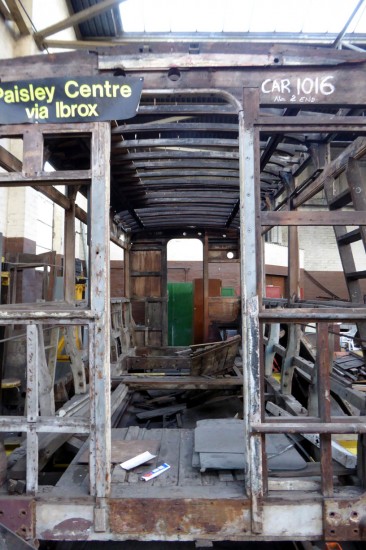 The current state of 1016 is seen in these three photos taken before the tram was prepared for movement to its new life in Blackpool. (All Photographs by Stuart Little)