Posted on Friday 4 November 2016 by Gareth Prior

Sunday 30th October saw the end of a successful season for the Douglas Bay Horse Tramway – a season which it seemed for a time at the start of the year we may never have seen. With the Department of Infrastructure through Isle of Man Railways operating the tramway for the first time 2016 has seen increased passenger loadings and an improved timetable hopefully cementing the position of the tramway as part of the heritage railway offering on the Isle of Man.

The season was ended with Mark hauling no. 45 as the 1730 from Derby Castle to the Sea Terminal and return with no. 43 also seeing use on the final day. These two trams along with 36 and 44 have operated the majority of services throughout the season being popular with the public as although open sided they at least have some protection of a roof!

Although 36 had seen a lot of use during the year it had been withdrawn from service ahead of the end of the season to enable a condition survey to take place. This has seen the tram partially stripped in the depot.

No sooner had the season ended than the Department of Infrastructure announced that there would be remedial resurfacing works on Douglas Promenade as the condition of the road has reached a stage where doing nothing is no longer an option. This is not the final answer for the Prom with a decision yet to be made on how to solve the issue. 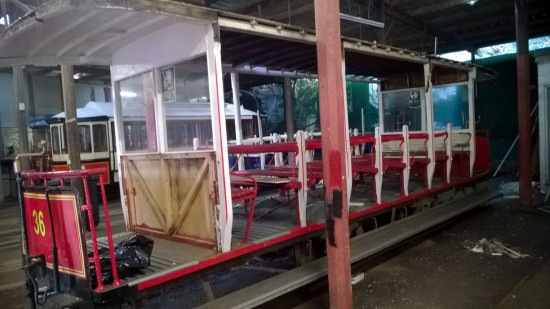 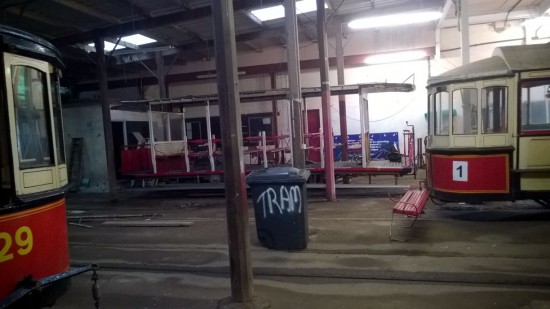 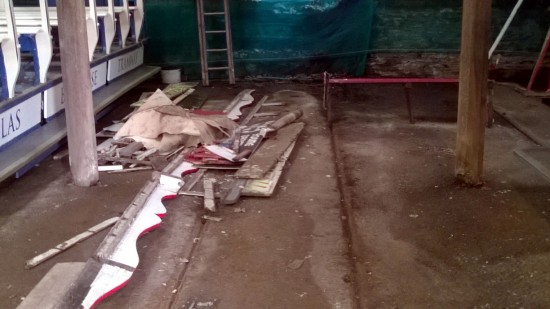 These views from 23rd October show 36 in the depot during stripping to check its condition. (All Photographs by Mike Poole)