The main news coming out of Dublin recently may have been all to do with the ongoing strike action on the Luas system but there is also some more positive news to report with progress continuing on the construction of the Cross City line. In this pictorial update – with photos from David Jones – we take a look at some of the works currently underway within Dublin City Centre ahead of the planned opening of the line at some point in 2017.

The Cross City line will be an extension of the Green line starting off from the current St Stephen’s Green terminus and heading north through the City Centre as far as Broombridge. It will allow passengers to connect a lot easier between the Green and Red lines as although no services will operate between the two it will be possible to interchange between the lines in the city centre. Construction work started in 2013 with an expected end date of 2017. 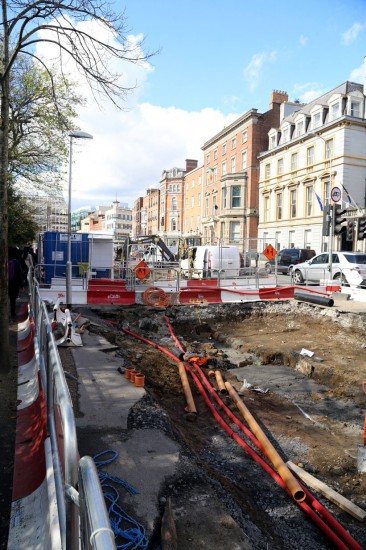 The trackwork extending from St Stephens Green terminus around the side of St Stephen’s Green Park before turning left onto Sraid Dasain. 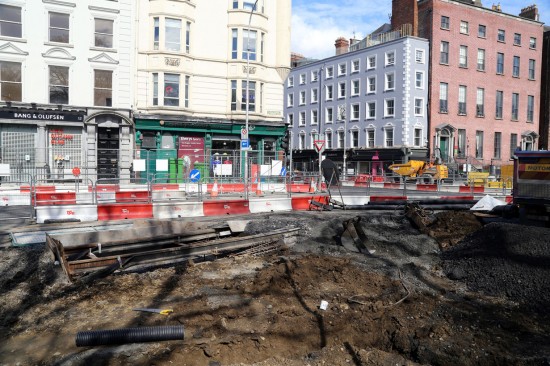 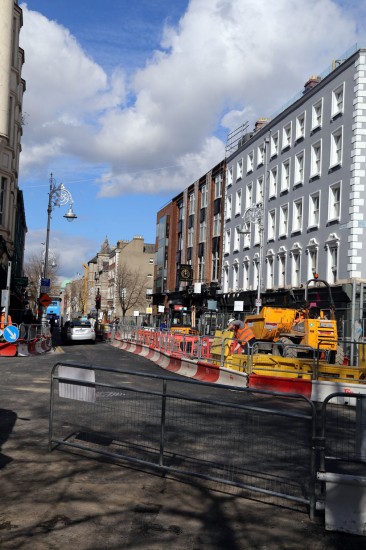 Another view at the current terminus. 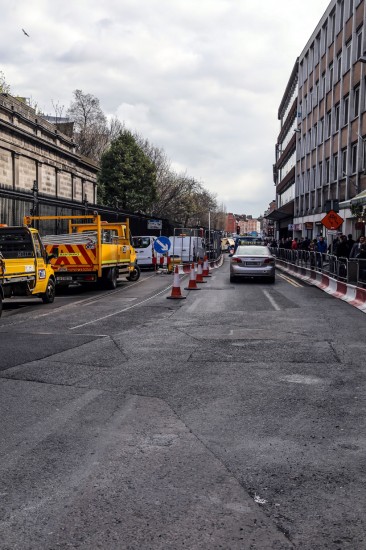 Already laid track at the corner of Nassau Street and Grafton Street. (All Photographs by David Jones)