Posted on Thursday 20 August 2015 by Gareth Prior

Another week has passed so let’s take a look at just when and where you can enjoy a ride on a traditional tram in the British Isles. Highlights of the next week include a Model Tram and Railway Exhibition at the Crich Tramway Village (Saturday 22nd and Sunday 23rd August) whilst elsewhere it is just business as usual with normal service patterns in operation. But we aren’t far off August Bank Holiday weekend and we all know what that means by now… 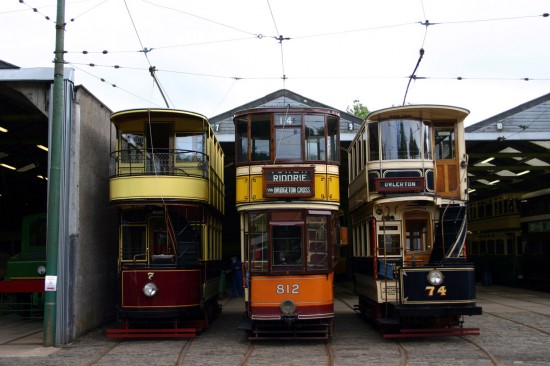 Chesterfield 7, Glasgow 812 and Sheffield 74 at Crich back on 29th May 2011. All three trams remain part of the serviceable fleet at the museum today. (Photograph by Gareth Prior)