Frankfurt tram turned down by Crich

Following on from the controversy regarding the Tramway Museum Society’s decision to reject some Blackpool trams which had previously been reserved for their collection, it has been revealed that the TMS have now turned down the offer of another historic tram. However, this one is unlikely to create such strong feelings amongst enthusiasts as the vehicle in question hails from overseas, and would therefore not have added to the Society’s aim of illustrating the development of the tram in Great Britian.

The tram is Frankfurt 210 which is currently housed at the Great Yeldham Transport Museum in Essex. This is primarily a collection of buses and railway vehicles, which are based within an old aircraft hangar with an interesting history of its own, having been moved from RAF Biggin Hill to its current location. The tram formerly resided at the Birmingham & Midland Museum of Transport after being donated to the city as a gift, due to Birmingham and Frankfurt being twinned. Sadly, the scheme was not very well thought out and despite talk of constructing a short heritage line for 210 to run on, it spent its time there languishing in outside storage. Its deteriorating condition presumably led to it being sent to a new home, but now it would appear that 210 could be facing an uncertain future once again.

The Yeldham Transport Museum had offered the Frankfurt car for potential inclusion in the National Tramway Museum, but as stated above, the offer has been rejected. It was felt that 210 would not fill a gap in the museum’s collection, nor would it be suitable for conversion as a wheelchair-accessible tram. Other factors such as the poor condition of tram and the fact that it is single-ended will have no doubt played a part in the TMS’ decision, and of course there is a chronic shortage of space for more trams at Crich. The rejection will hopefully be understood by enthusiasts, and it is pleasing to note that the TMS have explained the reasons behind the decision to turn down the offer of this tram to members through its regular news bulletin. Whilst new exhibits are always nice to see, there are plenty of British trams in need of care and so a selective collecting policy, keeping foreign cars to a minimum, is generally considered to be very sensible.

Thanks to Christoph Heuer and Kerstin Wünsche for providing archive photographs of 210 which we are pleased to share with our readers. If anyone has any further information or photographs of Frankfurt 210 which they would be willing to share with a bigger audience, we would be extremely interested in hearing from you. Please contact us at the usual email address, or by posting a comment on this blog, if you are able to help us. 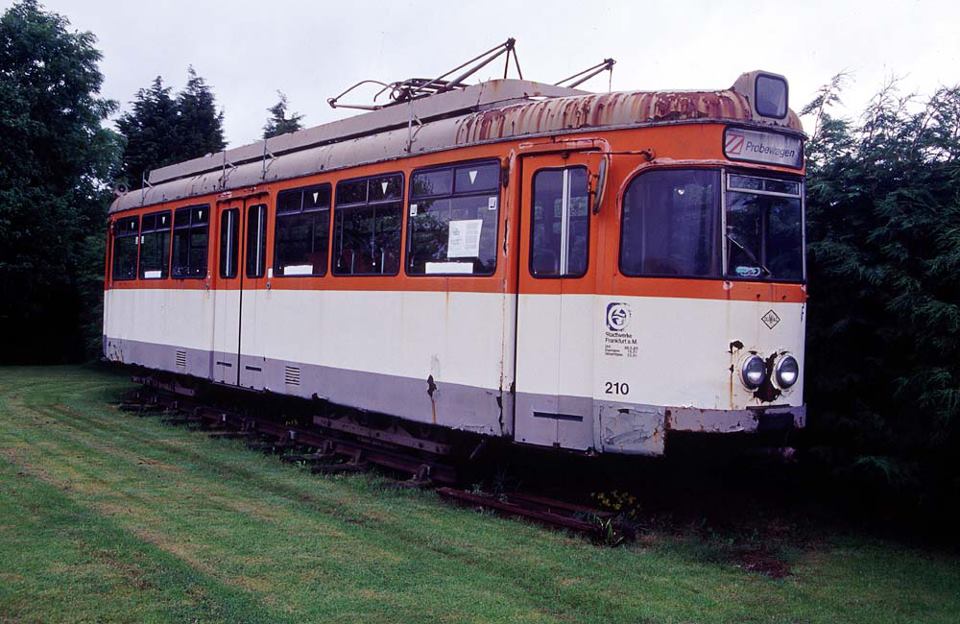 Frankfurt 210 seen in its former home back in June 2002. The effects of its lengthy period in outdoor storage are all too apparent in this view of the tram although at least it appears largely complete. (Photo by Christoph Heuer) 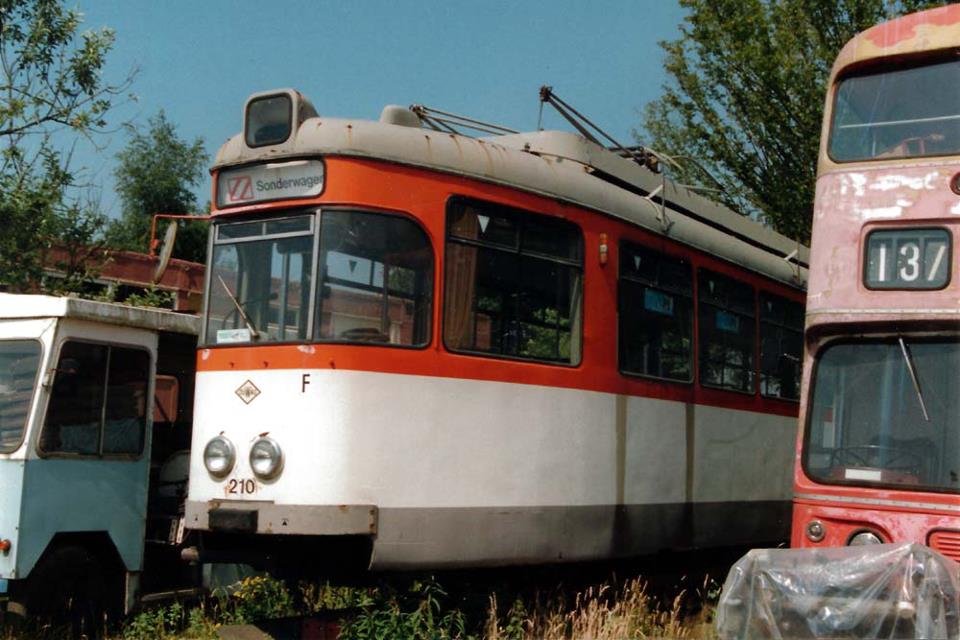 Another view of Frankfurt 210, this time surrounded by other vehicles at its old midlands home in 1994. (Photo by Kerstin Wünsche)

6 Responses to Frankfurt tram turned down by Crich