Posted on Thursday 26 March 2015 by Gareth Prior

It’s the “big return” this week as both Blackpool and Crich re-open for the first time in 2015 along with the Snaefell Mountain Railway whilst it is also the time for both Beamish and Seaton to commence daily opening. And before our next heritage tram running update the East Anglia Transport Museum will also return to action. So there is no excuse not to get out and about for some heritage tram action! Read on to find out just when and where you can get your tram fix…

Timetable in operation: Trams depart Taylor Street every half hour between 1250 and 1620 returning from Woodside between 1305 and 1605.

Current Status: Starts operation on Saturday 28th March. Will then operate all weekends until Sunday 9th November plus school holidays and Bank Holidays.

Open: Wednesday 1st April to Thursday 9th April and then Sundays and Wednesdays until Sunday 24th May. Also open Monday 4th May and Saturday 16th May. Opening hours 1200 until 1630.

Current Status: Trams only running as far as Laxey on Friday 27th March and then a full daily service resumes on Saturday 28th March.

Current Status: Running every weekend until end of March and then daily until November. 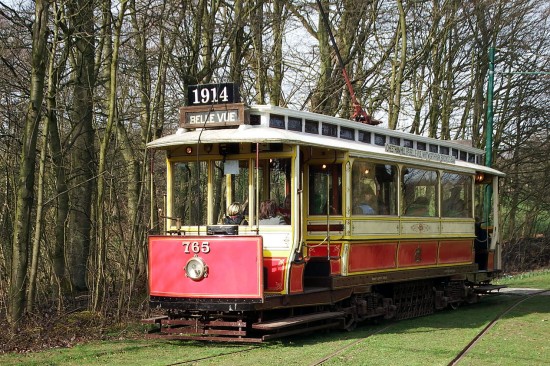 Manchester 765 was one of two trams in action at the Heaton Park Tramway on Sunday 22nd March. (Photo by Steve Kemp)