Posted on Thursday 19 March 2015 by Gareth Prior

As winter turns into spring, the temperatures start to gradually rise and we actually start to get several hours of daylight the UK’s heritage tramways start to rise from their slumbers to provide entertainment for the masses and that can mean only one thing the return of our one-stop guide to when and where you can enjoy a ride on a traditional tram! Newly rebranded for 2015 (although the name change may only be a short-term measure, if you can think of a better title let us know!) “Going for a ride” provides details of when heritage tramway are running services along with the next special events taking place. So if you are fed up of not having any tramways to visit now is your chance to get out and about and then send your photos through to British Trams Online!

Timetable in operation: Trams depart Taylor Street every half hour between 1250 and 1620 returning from Woodside between 1305 and 1605.

Current Status: Starts operation on Saturday 28th March. Will then operate all weekends until Sunday 9th November plus school holidays and Bank Holidays.

Open: Wednesday 1st April to Thursday 9th April and then Sundays and Wednesdays until Sunday 24th May. Also open Monday 4th May and Saturday 16th May. Opening hours 1200 until 1630.

Current Status: Running every weekend until end of March and then daily until November. 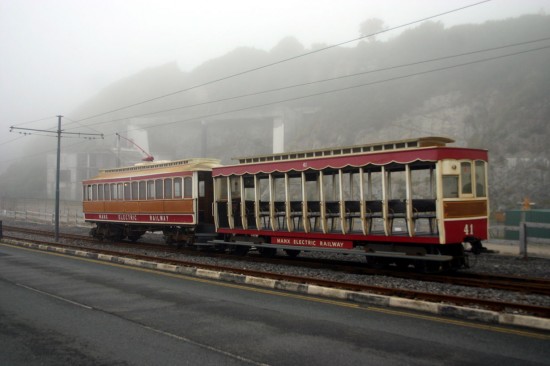 The Manx Electric Railway resumes operation on Friday 20th March although to start with will only be running between Derby Castle and Laxey. Our first photo on this page for 2015 shows 6+41 returning to the sheds at Derby Castle on a foggy on 14th August 2013. (Photo: Gareth Prior)