Posted on Sunday 21 November 2021 by Gareth Prior

Another two Photo Gallery week with images from London Tramlink and the Crich Tramway Village: 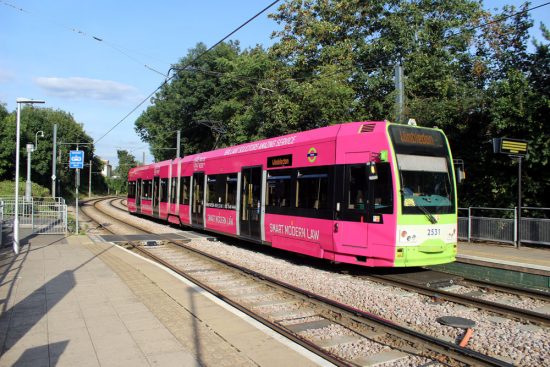 August saw the first new all over advert on London Tramlink since January 2015 when 2531 received this bright design for Taylor Rose MW – a legal firm who under a previous guise had an advert on very same tram in 2014/5. We see the tram arriving at Blackhorse Lane on 21st September 2021 heading for Wimbledon. (Photograph by Gareth Prior)